A Guide to Visiting Roosevelt Island

When you think of  this slender island, riding the suspended red cable car across the East River probably comes to mind. But there is much more to this narrow isle than a scenic ride. That’s not to take anything away from the Roosevelt Island Tramway because, in itself, it is spectacular. After picking up the tram in Midtown East, however, I suggest exiting to explore the island, if even for an hour or two before making the return trip to Manhattan. Here’s a guide to visiting Roosevelt Island.

The views of Manhattan from Roosevelt Island are breathtaking

On the way to and from the tram and on the ride itself, you’ll discover a captivating view of New York City. So take it all in! The ride is really too quick, in my opinion. You’ll be able to see the 59th Street Bridge up close, and clusters of skyscrapers that populate the East Side.

But you’ll also be able to catch the Manhattan skyline from the Western Promenade of Roosevelt Island, and you’ll notice Queens in the opposite direction. Plus, since it’s a narrow island, you’ll spot water and city views no matter where you turn. The views are astonishing. 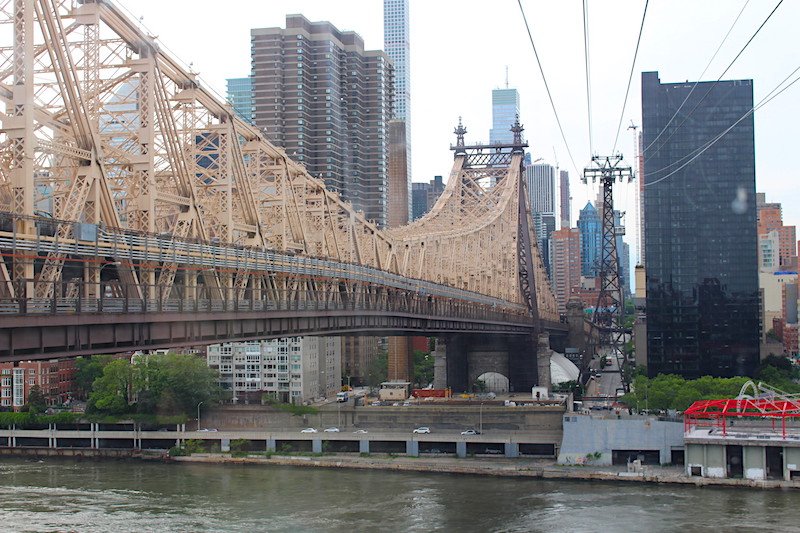 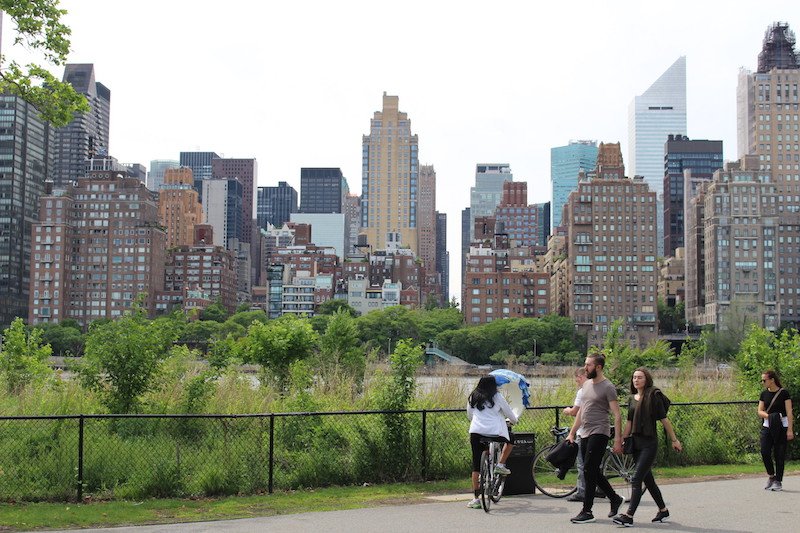 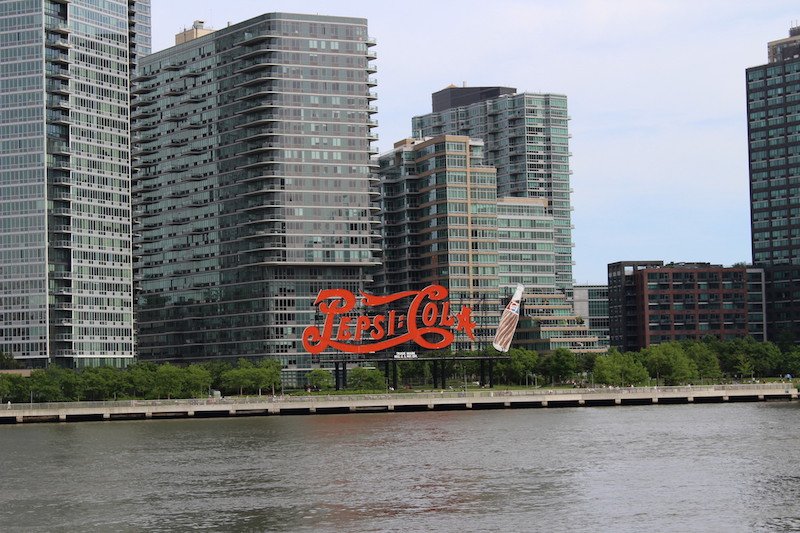 Plopped between Manhattan and Queens, Roosevelt Island may appear to be its own borough. But this two-mile long, 800-foot wide peninsula stretching from 46th to 85th Streets is indeed considered part of Manhattan.

Once the setting of prisons, poor houses, hospitals, and even an insane asylum, Roosevelt Island has a history dating back to at least the 17th century when the Canarsie Indians owned what was then Hog Island, later called Welfare Island.

Named Roosevelt Island in 1971, it has endured a ton of improvements over the years with some significant ones in the past decade-plus.

One was the renovation of the Roosevelt Island Tramway (a massive undertaking that was completed in 2010). And in 2012, the opening and dedication of Four Freedoms Park, a memorial to Franklin D. Roosevelt designed by renowned architect Louis Khan, took place. This new park became a primary reason to visit the island. 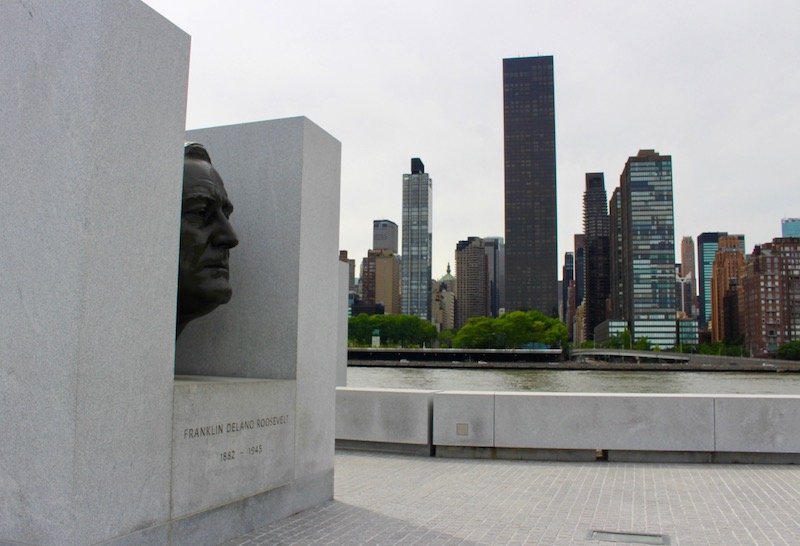 See the sights on Roosevelt Island

There’s a handful of notable sights, such as the Blackwell Island Lighthouse in Lighthouse Park, Chapel of the Good Shepherd (now the community center), the Octagon (the former insane asylum entrance that’s now part of an apartment complex), the Strecker Memorial Laboratory, and the spooky Smallpox Hospital (now in ruins). There’s a possibility the ruins will become a Covid-19 memorial in the future. I recommend checking out these sights while you’re there.

Four Freedoms Park sits at the southern end of the island, and is the must-see attraction. The vast open space acts as a respite from midtown Manhattan, which hovers to the west, with Queens to the east.

But the project that has created all the buzz in recent years is Cornell-Tech’s Roosevelt Island Campus. This 12-acre plot transformed the culture and appearance of Roosevelt Island. It’s also bringing more people to the isle. 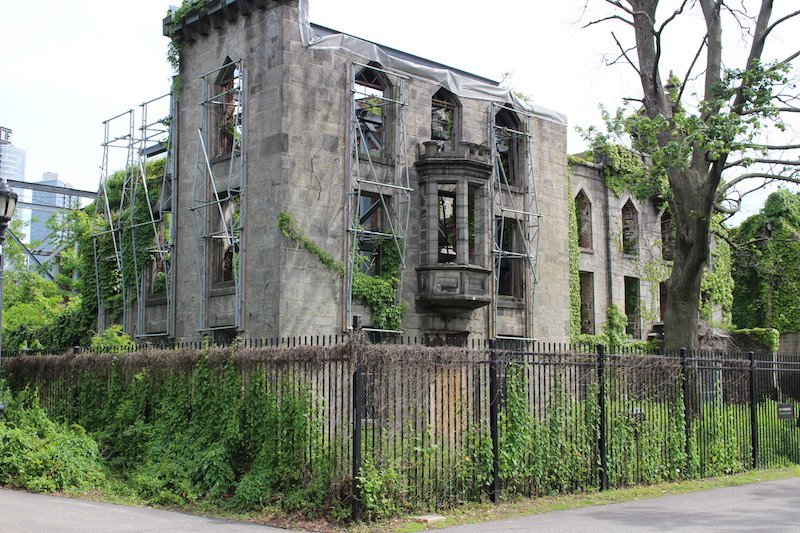 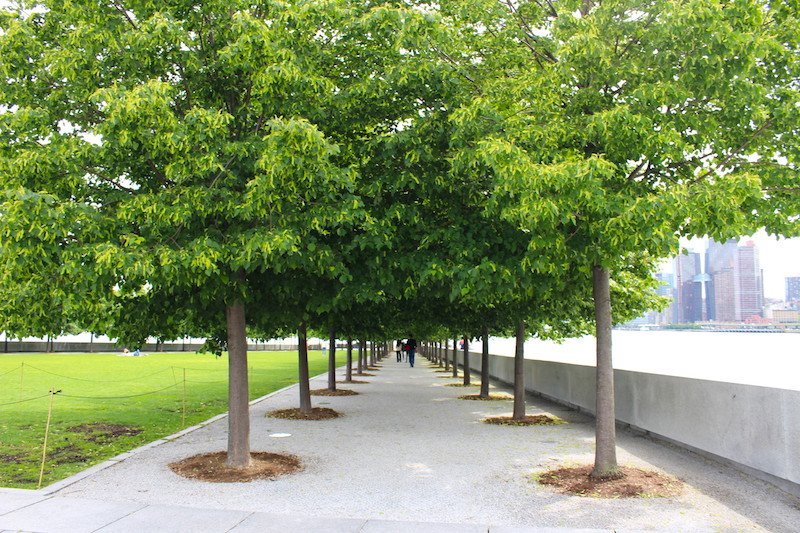 Details on Getting to Roosevelt Island

Of course, I’ve talked about the tram, and that’s the best way to get there from Manhattan. Pick up the tram at 59th Street and Second Avenue in Manhattan. It makes trips to and from Roosevelt Island every 7 to 15 minutes. It does get crowded at times – the tram holds up to 110 passengers. The cost is $2.75 per trip (use your MetroCard), and the journey takes less than five minutes. (See hours of operation below.) And please note, there are no MTA booths at the stations, only machines to purchase a MetroCard.

When you exit the tram, you’ll see the Roosevelt Island Historical Society’s kiosk. Stop in, pick up a map, and ask any questions. The kiosk has limited hours but should be open on weekends. 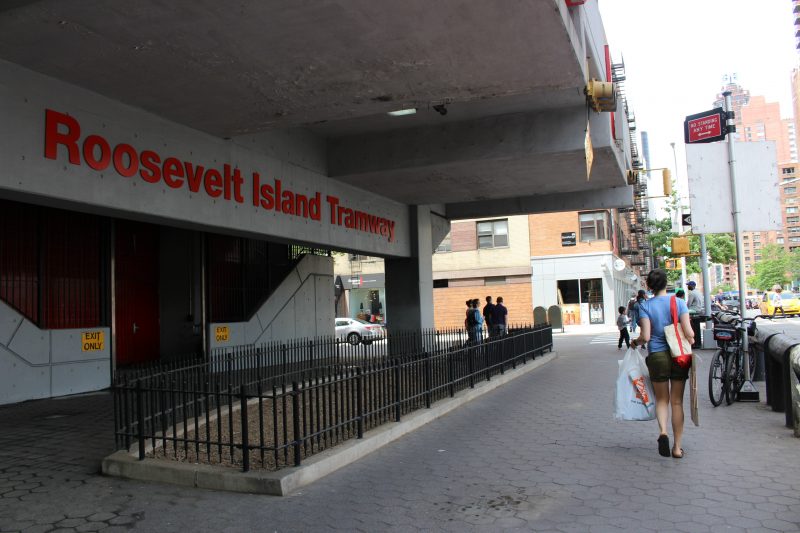 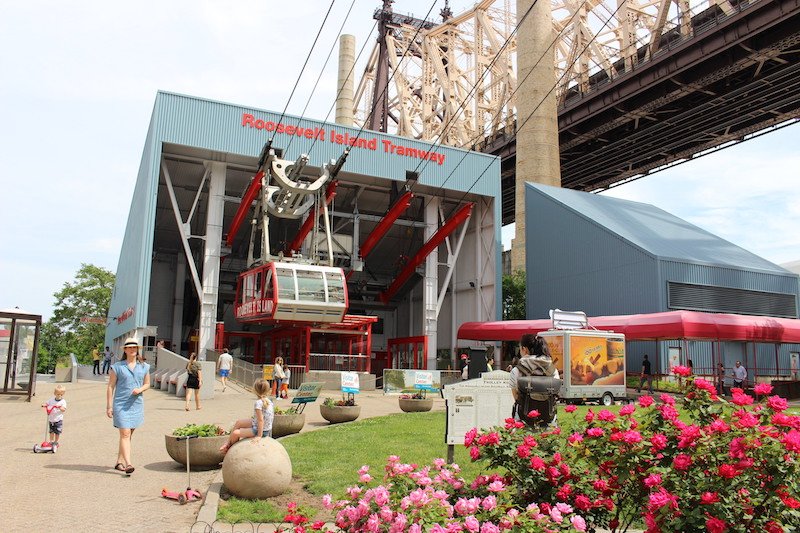 There’s also the F train, but that is not always so reliable; hence, take the tram since it’s very reliable (and way more pleasant).

You can also ride a bike over the Roosevelt Island Bridge from 36th Street in Queens, or take the Q102 bus from Long Island or Astoria.

An exciting future for Roosevelt Island

There’s a Graduate Hotel on Roosevelt Island now, so that’s luring tourists, I am sure. Within the hotel is the all-day restaurant Anything At All, which was written up by Eater. In general, the food and beverage scene is growing and I expect that to continue as more New Yorkers and visitors venture across the river.

You may wonder, do people actually live on Roosevelt Island? Yes, they do. Living on Roosevelt Island has improved in the past several years because of the growth and development. I had friends who lived there some years ago and enjoyed it even before the completion of Four Freedoms Park and the opening of restaurants. The island is super convenient to Midtown East and the Upper East Side. And it’s quiet compared to Manhattan.

I believe it’s a matter of time before everyone discovers how special this island is. I encourage you to take a day trip to Roosevelt Island where you’ll feel as if you’ve left the city, but you’re only a few minutes from Midtown.

Go here for more info on the Roosevelt Island Tram. To find out more about Four Freedoms Park, visit the website. 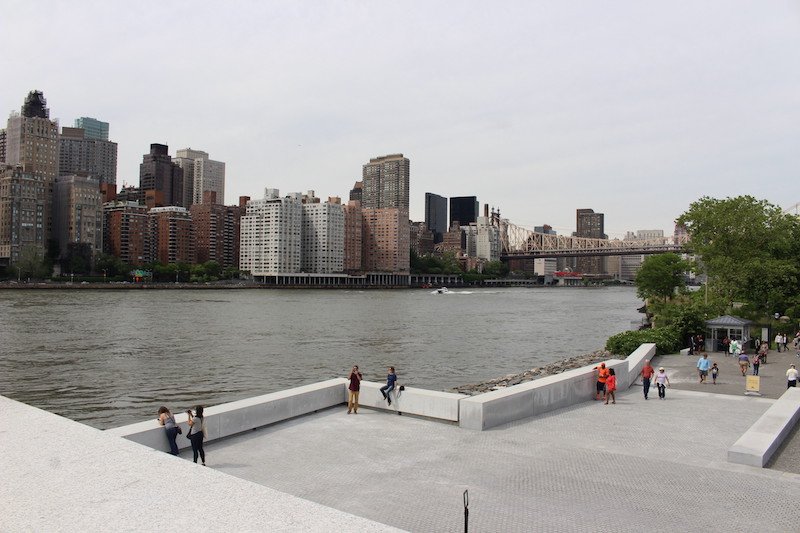 The view from Four Freedoms Park on Roosevelt Island

Have you explored Roosevelt Island? I highly recommend it.

And one of the most incredible art exhibits I’ve ever witnessed was in a park. See photos here!