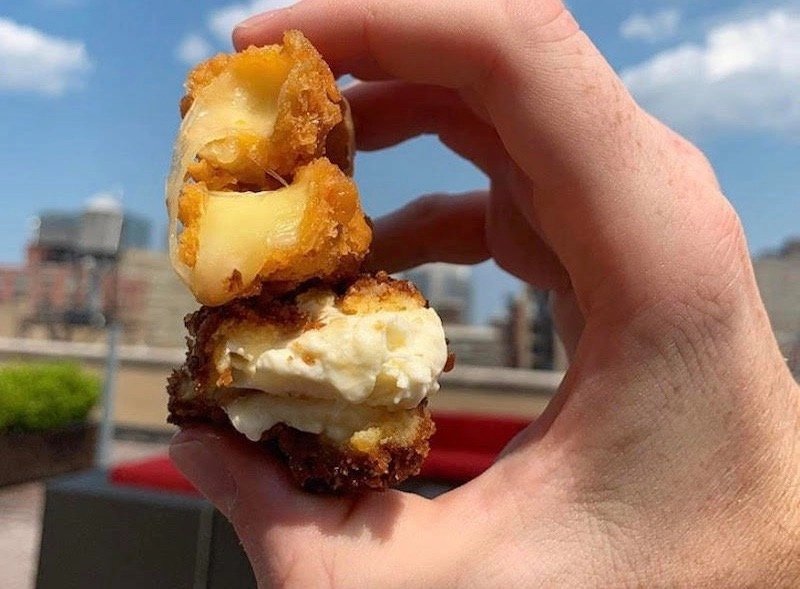 The Story of Big Stick Willy’s

In the midst of a pandemic, Will Reynolds did the unthinkable––he started a business.  He launched a New York-based gourmet mozzarella stick company called Big Stick Willy’s. Here’s his story.

When Covid-19 hit New York in March, Will Reynolds was stuck in his apartment all day like so many of us who chose to stay in the city. His days kept getting longer and longer, and his sanity was shrinking, he told me.

He decided to get out and about and walk around Manhattan, finding himself drawn to the East Village, a neighborhood that holds a special meaning for him. In his twenties, he spent a good bit of time there–– hanging out with friends, meeting new people, falling in love, and experiencing all that New York City has to offer.

“That neighborhood has always had a very special place in my heart,” he said.

As he wandered through the area, he witnessed firsthand the devastation that Covid-19 had caused.  “There were so many vacancy signs up. Places boarded up.  Entire blocks empty,” he said. “It was just desolate and seeing the neighborhood deserted like this really cut me deep.”

That devastation spurred his idea to start his own business. “It made me really want to do something about it,” he added. He longed to bring life back to the neighborhood that had meant so much to him.

“I started thinking about what I did when I spent my time in the neighborhood.” He thought about where he went, what his friends talked about, and the places people loved. “I landed on a place called Pommes Frites ,” he said. The eatery was in the East Village for 23 years before it relocated to MacDougal Street in the West Village.  “It was one place that every single person in the East Village knew and loved, so I started thinking, wow–– it’s such an easy concept,” he continued. “I started thinking about different items and I landed on a ‘mozz stick’ [mozzarella stick].” 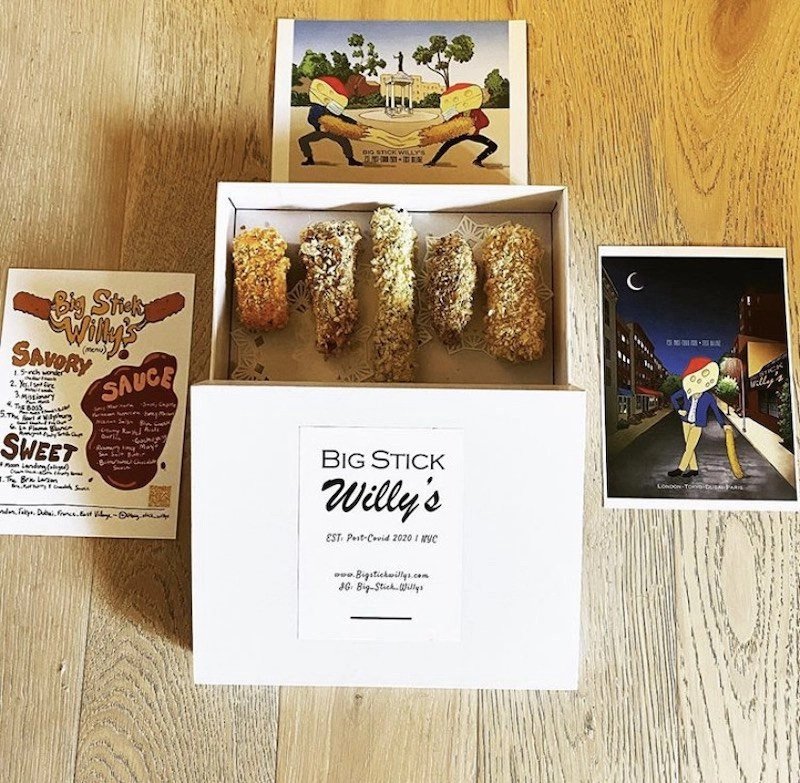 Will isn’t a chef. He’s not even a foodie. Will hails from a tech background, so he’s far from an expert in the food service industry. But in a city of creative and aspiring people, it’s not too tough to find a few new friends with expertise in the kitchen.

“I jumped on Craigslist and put out an ad to find some people to help me make prototypes,” he said. He and his crew whipped up five or six rounds of taste tests until they knew they got it right.  “We had that “aha” moment where we felt like we hit on something,” he told me. “The sticks tasted great––each has its own identity, distinct differences in taste, and great flavor combos.”

From there, he took his bright idea to some locals in the restaurant industry and the feedback was positive. “Wow this is such a unique idea,” they said. “You need to get this in front of consumers and the rest will be history!” And so history began…but making mozzarella sticks was not enough. Will wanted to take his business one step further.

“I started coming across more and more people out of a job due to Covid, so that’s when my mission began,” he said. He asked, how many people out of work can I put into work? How many people can I help put money in their pockets so they can pay their rent?

“Throughout the process, I’ve hired eight people that were all out of work due to Covid for odd jobs (couriers, making samples for me, putting together a pop up etc.),” he said. Will’s bright idea turned into a mission to help other New Yorkers get a back on their feet.

Currently he has two part-time employees in production, and his team will only expand as his business grows. “I knew that if I focus on helping people and giving them an opportunity, the rest would take care of itself,” he says.

About the Gourmet Mozzarella Sticks or “Stix”

Big Stick Willy’s stix come with fun names like “The Heart of Willysburg” (goat cheese coated in raincoast crisps), “Yes, I Spit Fire” (smoked gouda covered in pretzel bits), and the traditional “5-Inch Wonder” (Cheez-It-crusted sharp cheddar). Dipping sauces include spicy marinara, creamy roasted garlic, and blue cheese aioli. If you have a sweet tooth, try the “Moon Landing”  (cream cheese mixed with ricotta and coated with Fruity Pebbles). An order of six stix sells for $12. Sauces cost $3 each. You can check out the full menu here.

Find Big Stick Willy’s at Juke Bar in the East Village (they’ll hopefully be available at more NYC bars in the future), or order on GrubHub.

“I started the company during COVID because there is never any time like the present – yesterday is history, tomorrow is a mystery and today is a gift so I decided to live that way.”–Will Reynolds, founder of Big Stick Willy’s.

Big Stick Willy’s has a funny website, so be sure to stop by. 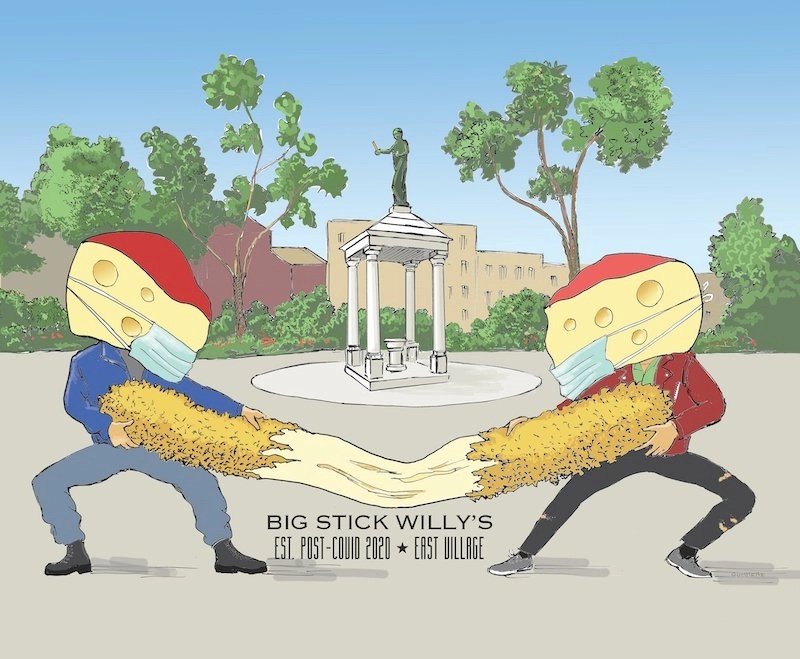 Thank you, Will, for sharing this great story.

This post was sponsored by Big Stick Willy’s. Thank you to our readers for supporting the brands that support this blog.