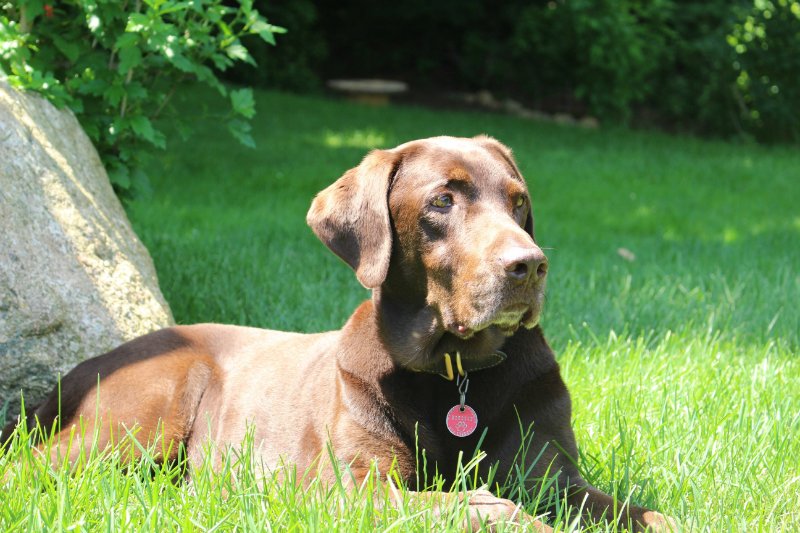 The day we met was in early November 2009.  I waited patiently in a parking lot with about 20 other anxious adopters because the truck making the trip from Indiana to Connecticut was more than 30 minutes late. My heart overflowed with excitement, nervous energy, and anticipation for his arrival. I was about to be introduced to my rescue dog, a one-year-old Labrador Retriever.

How quickly time has passed since that memorable day when I picked up my Chocolate Lab, Bogey, aka “Molson.” The moment I saw his photo flash across my laptop’s screen just weeks earlier, I knew we were destined to meet. 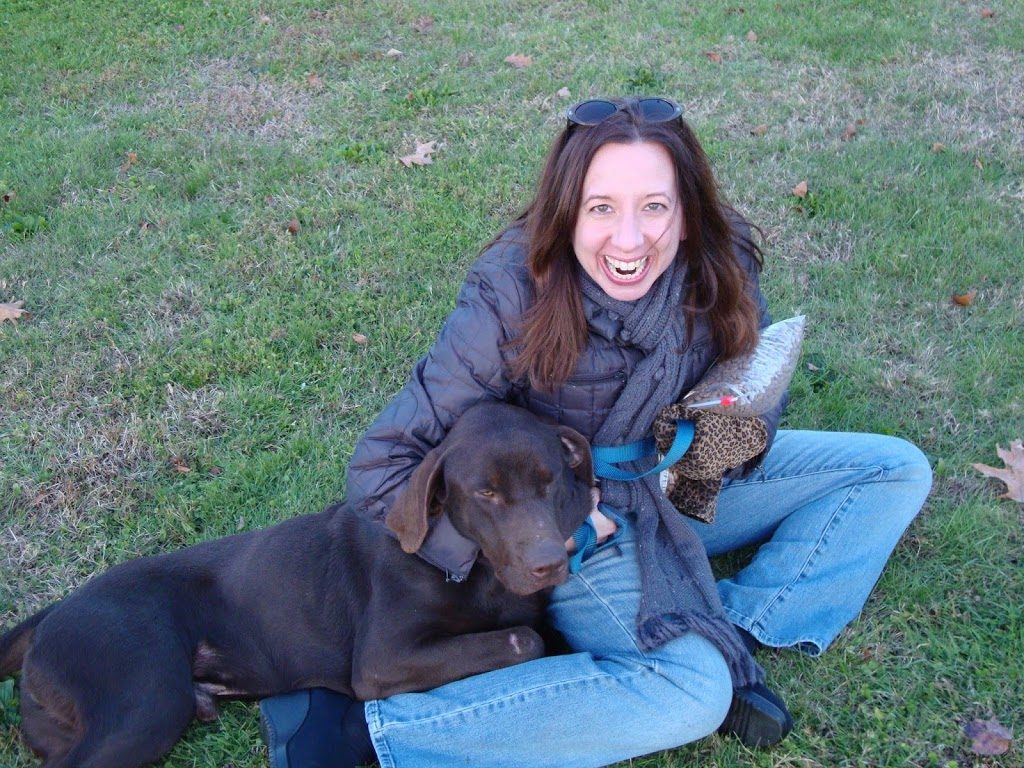 I had been scouring rescue sites for nearly a year when I discovered Molson’s picture. His bio stated that he’d been found wandering the streets of Southern Illinois and had been picked up and taken to a kill shelter. Someone who worked for the shelter had pulled him out, and he ended up at Lucky Lab Rescue in Indiana.

From there, he went to the rescue group’s owner, Cathy, and she cared for him along with a slew of other Labrador Retrievers, until the big day arrived. Her husband, Dean, and a colleague would drive Molson and his pack of lucky adoptees to a meeting place outside of Hartford, Conn. I, along with other future pup parents, would gather and pick up our new family members.

Dean unloaded the truck, dog by dog, until finally, he shouted, “Molson!” and a rambunctious chocolate Lab romped toward me as if to say, “There is my person!”

“Molson!” I exclaimed too. That would be the first and last time I would use Molson as a name. On the two-plus hour drive to the Hartford area from the Upper West Side of Manhattan, I was unsure of what his name would be. But upon our meeting, I took one quick glance at this energetic and clumsy creature and realized straight away that he looked like a “Bogart” named after Humphrey (the actor). With his classic good looks, he was a Bogart inside and out. And so, “Bogey” (spelled differently) it was.

I made the  long journey through traffic back to NYC, where Bogey found his new home just a block from Riverside Park. I fed him dinner late that evening before going on his first walk in the city, and he ate every bite in less than 30 seconds. Bogey was the hungriest canine I’d ever seen! That meal would be the beginning of Bogey’s lifelong infatuation with all things edible. 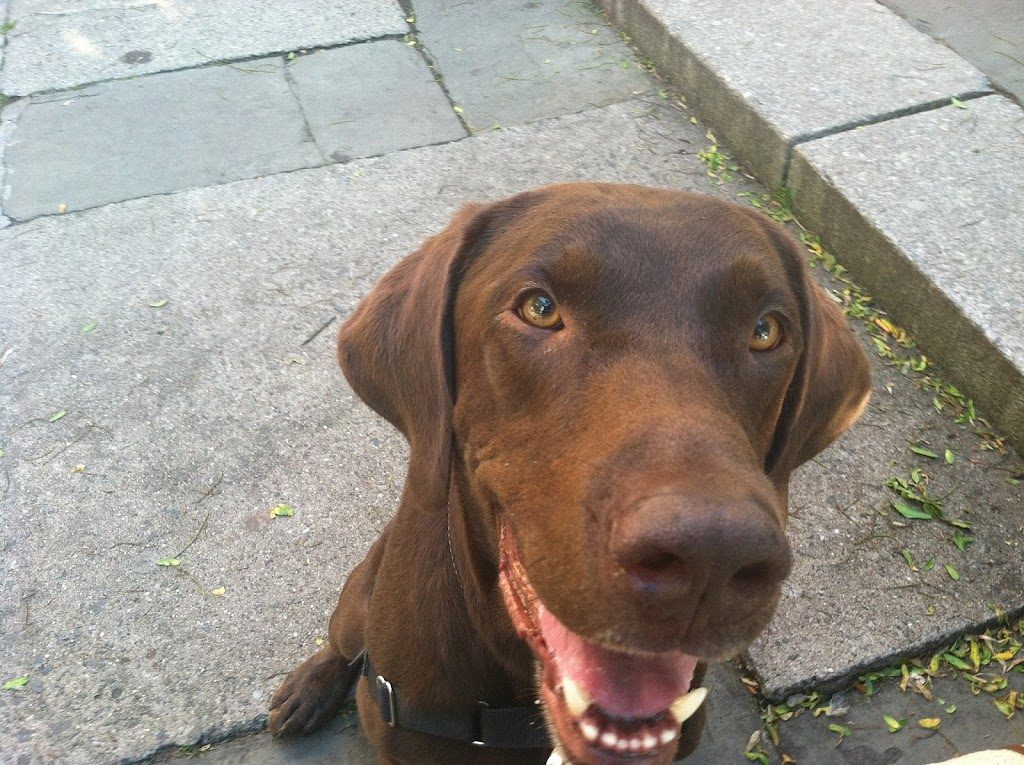 Typically, adopting a rescue dog isn’t easy or without drama, and saving Bogey was no different than saving most other homeless pets. In a nutshell, he hasn’t exactly been free of physical and emotional maladies. We survived episodes of explosive diarrhea for more than two years, and continue to battle separation anxiety, food obsession, neurotic tendencies, and coprophagia (a disgusting behavior considered normal among canines). No other details needed.

Not to mention Bogey’s host of medical issues, some of which have depleted my bank account: several cases of kennel cough (one cost a whopping $800 to cure), a heart-worm diagnosis, Lyme disease positive diagnosis, removal of a tumor on his gum, and most recently, a case of “Happy Tail,” an injured bloody tail caused by an overabundance of tail-wagging that left my apartment resembling a crime scene.

But beyond Bogey’s frequent whining, constant attention seeking, and voracious appetite, he’s one of a kind. Anyone who comes in contact with him can vouch––Bogey is loving, loyal, sweet, wise, and at times, protective. Although he fluctuates between 75 and 80 pounds, he thinks he’s a lap dog, and he adores belly rubs. He loves to swim and play fetch. He lives for sunbathing and dashing through the snow. And a tennis ball? Well, that is the ultimate treat! 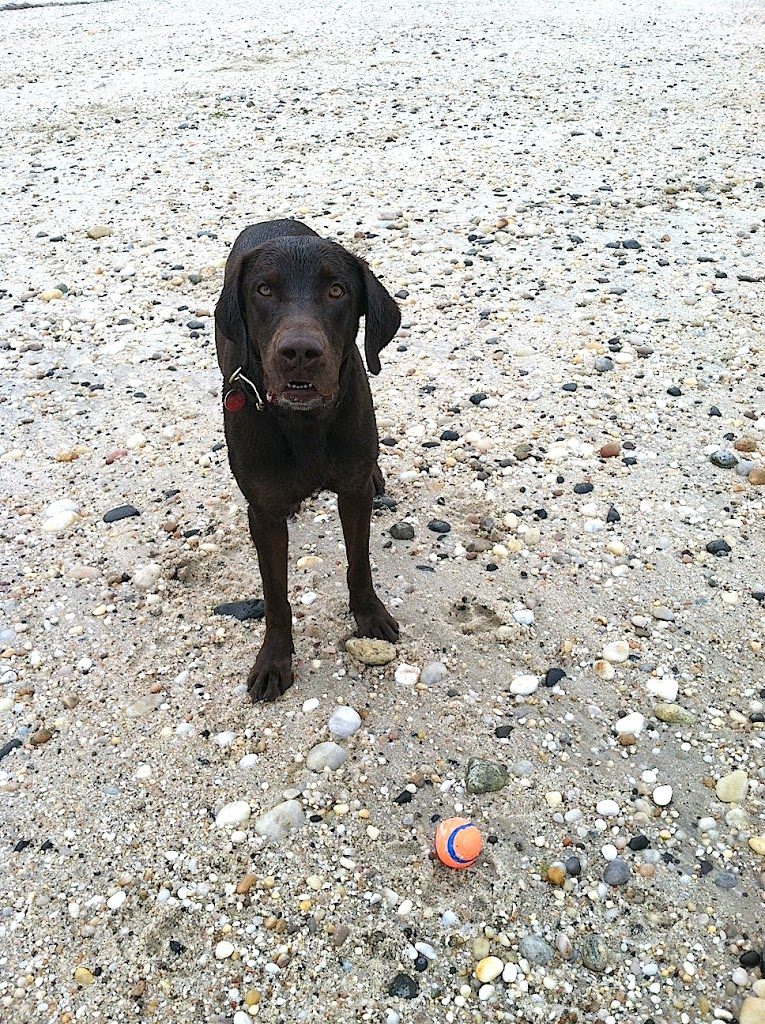 As Bogey’s walks shorten, his muzzle continues to gray, and he transitions into his senior dog years, I’ll  treasure each moment we have together. Our weekdays as he keeps me company while I work. Our quiet summer days on the Long Island Sound as he romps along the shoreline. Our daily walks to Central Park and Riverside Park. I need to savor it all.

Even among our challenges over the past six years, I’m so grateful I picked Bogey (or perhaps he picked me). It took one look, one meeting, one pet, one lick, and I knew we’d be together forever. 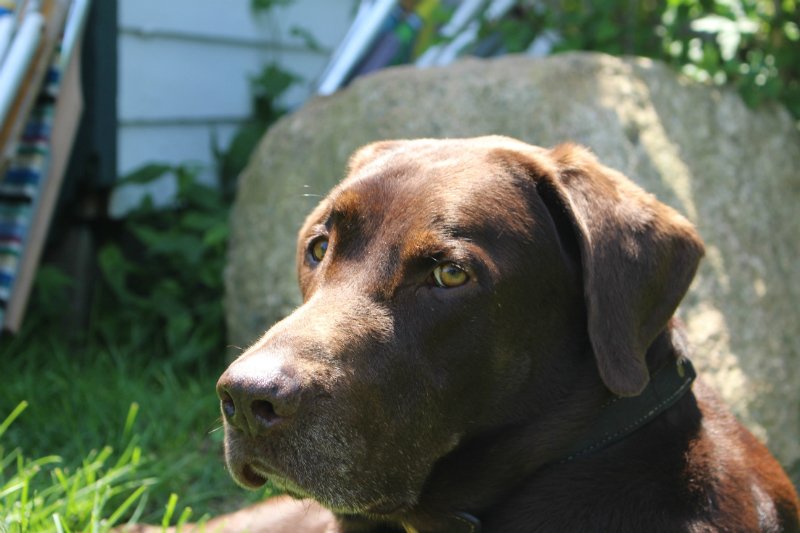 « Highlights from My Trip to Cuenca, Ecuador
Why Blogging Is Better When You’re Over 40 »