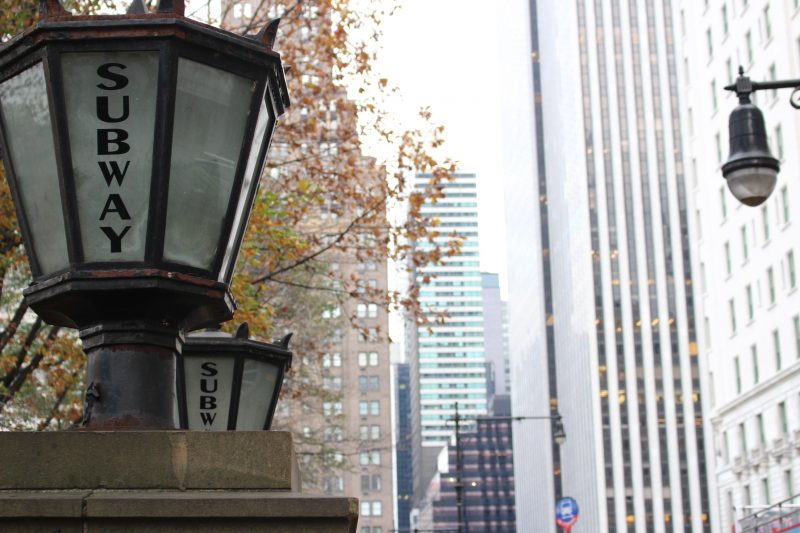 You’re out carousing in New York City later than expected and you’d have to walk a few blocks to catch a taxi to get back home, but the train entrance is only ten feet away from where you’re standing…..

You’re in Midtown after seeing a Broadway show and eating a late-night dinner. It’s almost midnight. A taxi ride from Hell’s Kitchen to Central Harlem will cost at least $35 without traffic whereas a MetroCard swipe is a mere $2.75…..

It’s raining and there’s not a vacant cab in sight. Uber is a 20-minute wait with a gouged price. Without spending your grocery money, riding the train might be your only option to get home….

If you live in New York City, or you travel to the city often, each of the scenarios mentioned above has probably happened to you or someone you’ve met. I know women who ride the subway everywhere and at any hour, fearlessly. I also know people who avoid going underground like the plague. Truth be told, I lie somewhere in the middle.

When is riding the New York subway safe?

If you’re not a seasoned New Yorker, how do you know when riding the New York subway is safe, and when it’s not? Is there a cut-off time? Generally, the subway is extremely safe, but that doesn’t mean crime can’t happen. In saying that, I believe in being smart and trusting your gut, which does an awesome job of telling the truth in most situations.

{For days out in NYC, my go-to bag. I never leave home without it.}

Don’t feel paranoid or embarrassed because you decide to cab it or leave the subway station. On the flip side, don’t feel that the New York subway is “sketchy” because it’s underground and smells bad. In most cases, the subway is a safer mode of transportation than driving.

If you’re riding alone after dark, (and I’m not referring to 7 p.m. in wintertime), read on for my suggestions to play it safe on those late nights underground. Although most of what I mention may seem like common sense to veteran straphangers, I hope to shed some light for newbie New Yorkers and inexperienced subway riders. 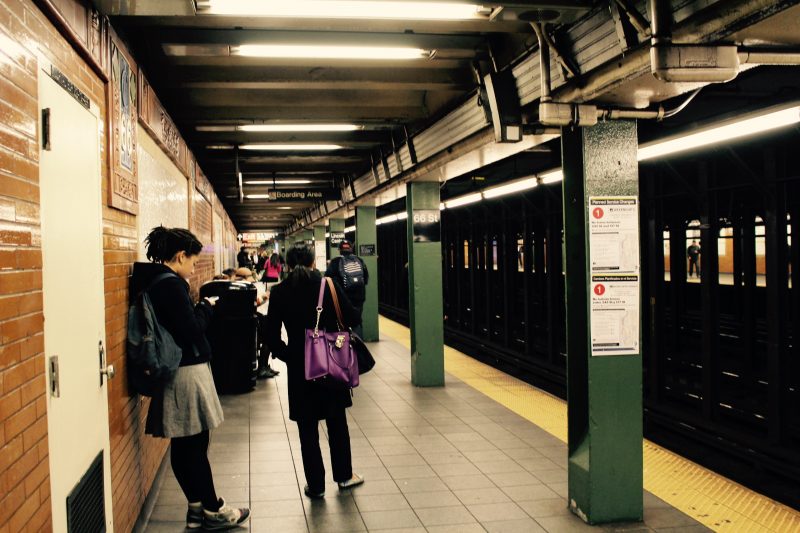 Use the busiest subway entrances and exits.

Most subway stations have more than one entrance and exit. If you ride a train line regularly, you know what I’m referring to. Main entries tend to be the most traveled. (For example, the 1 train’s 86th Street entrance is always busy, but the 87th Street stairs are quieter.) Even if the walk above ground is a little longer, use the busiest stairs when you’re traveling alone.

{Also, this hotel may be the most stylish in New York.}

Wait with the station agent.

If you get down to the platform and find few people, wait by the station agent, or just inside the turnstiles within the agent’s view. Don’t wander to the end of the platform if you’re flying solo on a late night out, especially if there’s no one else waiting for a train.

Weird vibe in an empty station at a late hour? Exit the station.

In terms of New York subway safety, if you feel uncomfortable when you enter the station for whatever reason (even after you’ve swiped your card), leave. Waiting alone on the platform in the off-hours can feel weird. So if there’s no one in sight, it may be best to head for the street. Rely on your gut and find another way home.

Ride in the first subway car or the middle car with the conductor.

The first few cars of the train tend to be the most crowded. If you’re traveling after midnight, try and ride in the first car (adjacent to the train operator) or the middle car, (where the conductor rides) and not the rear cars, since they probably have fewer riders.

Bad energy? Empty subway car? Change cars or get off.

If you choose a car with a bad energy (people are bickering, an insane person is screaming, there are few people riding in the car, an odd individual is staring directly at you and only you), or everyone has exited leaving the car empty, move to the next car if you feel comfortable doing so, or get off the train. 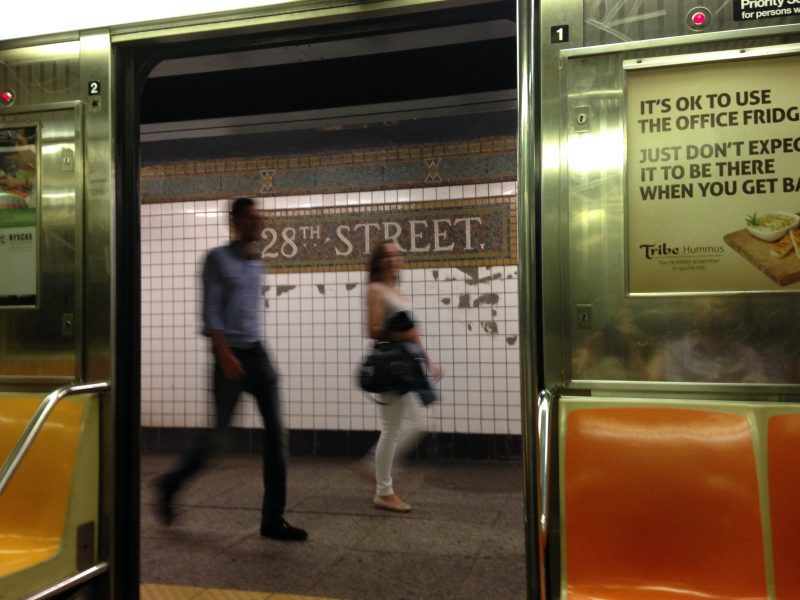 This point applies to walking the streets and taking the subway but always try and appear as if you know where you’re going and have an agenda. Criminals tend to take advantage of those who look lost or insecure.

A key part of New York subway safety is awareness. While I always wear headphones when I ride public transit alone,  in late-night hours I keep the music volume lower. I want to be aware of my surroundings and turning down the tunes helps.

I am a firm believer that nothing good happens when you’re out galavanting between the hours of 2 a.m. and 5 a.m. – anywhere. Of course, there will be those rare occasions when you have a late-night event or weekend party, and holidays like New Year’s Eve warrant later hours. If you work in the medical field or the hospitality industry, you may have to be out late or overnight and be traveling at odd hours too. But if you are female and find yourself out in the city alone at 3 a.m. for whatever reason, be smart and be safe. And try, if you can, to plan ahead as often as possible.

Above all, when it comes to New York subway safety––safety is in numbers.

Most nights of the week and even late-night, you’ll find it challenging to secure a seat on the New York subway. So the bottom line is, the more people around you in a city like New York, whether you’re walking the streets, waiting, riding, or exiting a train, the less likely you will be a victim. Certain train lines and certain stops stay busy almost around the clock while other lines and stops won’t be as active as the hours get later. If you ever have a doubt, it’s better to be safe than sorry and spend that extra $25 on yellow transit. 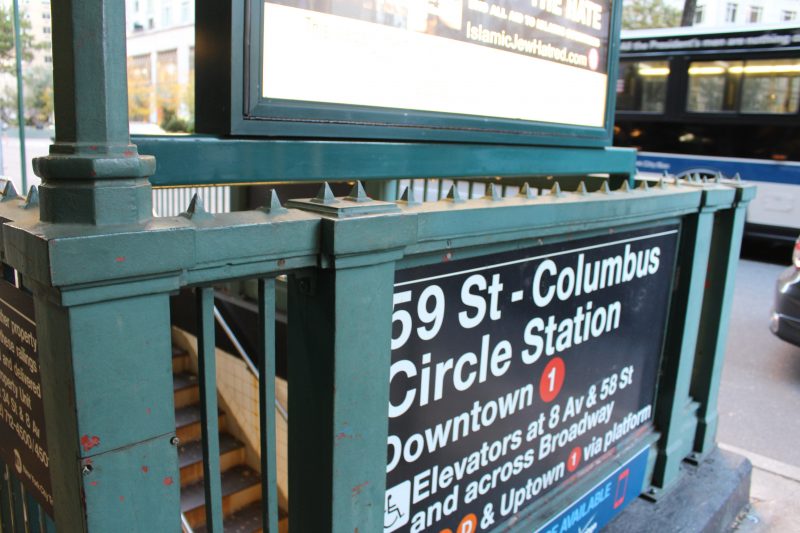 Do you have any other suggestions related to New York subway safety? Please share in the comments!

For more info on riding the New York subway and mapping out your route, visit mta.info.

Also walking across the Brooklyn Bridge…here are my tips.

And traveling to New York for vacation or work? You’ll feel spoiled at this Midtown hotel, one of my top picks.  And this SoHo hotel could be my all-time favorite.

« 9 Things to Do Near the High Line
Walking Across the Brooklyn Bridge: Here’s What to Know »