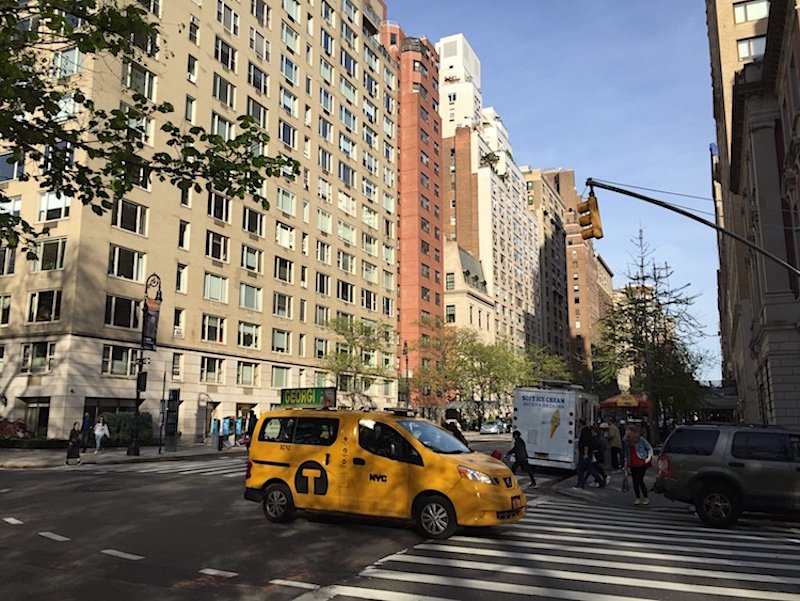 Are you missing New York?

Of wide avenues and narrow side streets.

Of honking taxis and bumper-to-bumper traffic.

Of more than eight million faces and over 800 languages.

Of more than 7,000 high-rises stretching toward the sky.

Of hundreds of museums and cultural institutions.

A CITY DRAWING MILLIONS TO EXPERIENCE…

Beyond the tangible aspects of life here––the places, people, and things of this great metropolis––I desperately miss the sounds of the city. The chatter on the streets. The subway (“Stand clear of the closing doors!”). The hum of yellow cabs up and down Broadway. And so much more.

As I continue to hunker down in my Upper West Side apartment, I hear sirens. Far too many sirens. More than I’ve heard in all of my years living in New York City. But I hear little else. An occasional loud engine or blaring radio, and the nightly ovations at 7 p.m. The highlight of my day. But those beautiful, boisterous, annoying-at-times sounds of the city are gone.

Are you missing New York too?

Whether you live in the five boroughs or the tri-state area and commute to the city, or you had a trip planned, or your heart is here even though your body is miles away, you’re missing New York. I get it.

You may find some comfort in the recording below. I discovered these mini odes to the city: a crowded bar (how I long for a crowded New York bar!), a dance underground, rush hour, and other melodies that create the soundtrack of our great city. This “auditory love letter” celebrates the very essence of NYC. A city sounding so different from any other.

We don’t need a reminder what we’re missing, but we need to have something to look forward to when the crisis ends.

Thanks to the New York Public Library and the creative agency Mother New York for curating this collection on Spotify. Not a member of Spotify? It’s free to join. You can also listen to this audio project here.

Plus, New York is my city.

« Red Wines to Try From Piedmont, Italy
A Look at Life in Greenpoint, Brooklyn »