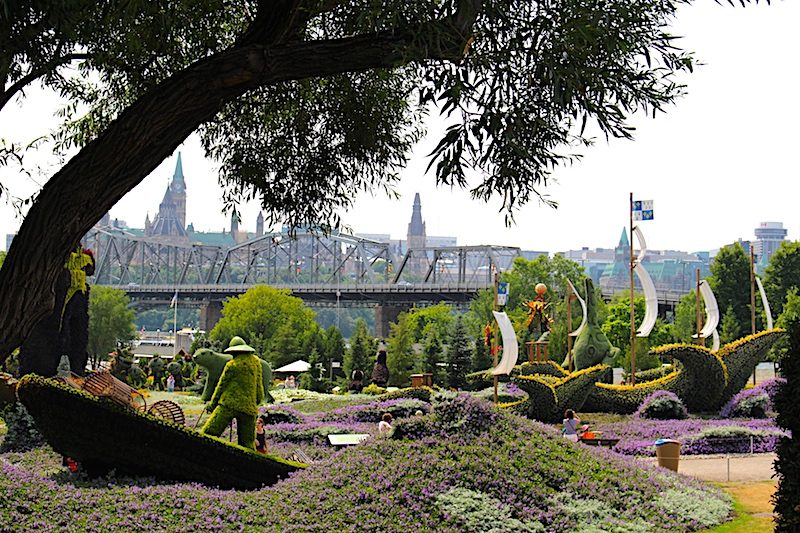 I left Le Germain Ottawa, the downtown hotel where I was staying, and set out on my journey to Gatineau, a Quebec town on the other side of the Alexandra Bridge. As I trudged slightly uphill to the bridge’s entrance, I could feel the sun’s intensity already before 11 a.m. – the temperature was headed for a scorching 88 degrees by early afternoon. I was off to witness the astonishing and beautiful Mosaïculture Gatineau, an ephemeral exhibit of plants and flowers shaped into larger-than-life people, objects and scenes.

I was hoping Jacques Cartier Park, where Mosaïculture Gatineau was on exhibit, would be partially shaded. But after trekking across the Ottawa River in the beaming hot sun, I soon learned that almost all of the green space was in direct sunlight. There was little shade in the park – ultimately, a good thing because many plants require hours of intense sunlight to flourish, and this exhibit is certainly all about the plants and flowers. Thank goodness I remembered to pack 50 SPF and bottled water.

A Horticultural Paradise Minutes from Ottawa

I entered the gates of Mosaïculture Gatineau and felt as if I’d left earth for another world. Only 20 minutes earlier, I was strolling through downtown Ottawa, and now, here I was in the midst of a horticultural paradise. There were dozens of other spectators but I kept my ear buds in and tried to remain isolated from anyone, so I could get lost in the landscaping.

Arriving before noon, I beat the crowds and had a chance to revel in the forest of 45 topiary-like sculptures, which use 5.5 million plantings of 210 species and varieties. Though the exhibition runs all day – from 10 a.m. until dusk, rain or shine – morning is probably the best time to visit Mosaïculture Gatineau.

To cover the entire exhibit takes about 60 to 90 minutes, and possibly longer, depending on how much time you need to gaze at all the horticultural grandeur. I walked through in about an hour and had sufficient time to observe, ooh and ahh and take plenty of photos.

Faces, characters, dragons, a bird tree, a grand piano and ballerina, a train – the melange of sculptures celebrate Canada’s ten provinces and three territories as well as its indigenous peoples. While walking through, landscapers worked continuously, adding other plantings and maintaining the established plants and flowers.

Mosaïculture has been in existence for two decades, but this exposition is only the second in Gatineau. The first ran in 2017 for Canada’s 150th Anniversary, attracting well over one million visitors.

Below, you can see the beauty and spectacle that is Mosaïculture. And let’s hope that this masterpiece returns to Gatineau. I’d definitely go back. 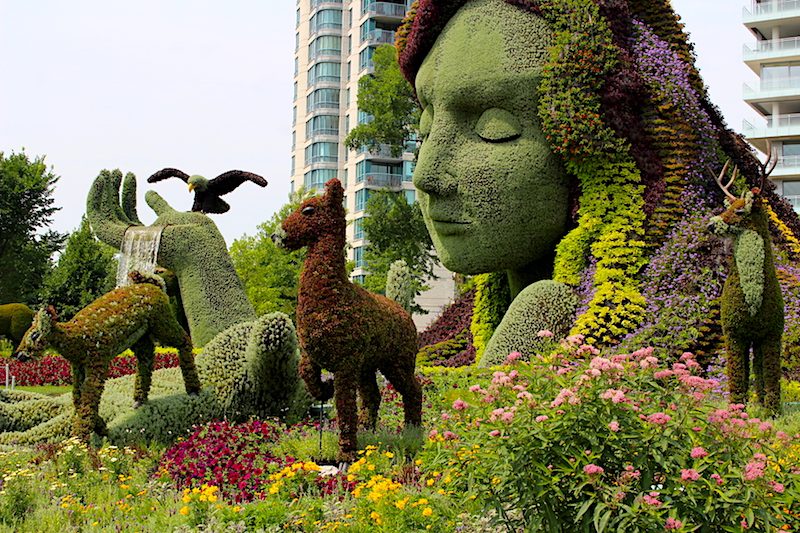 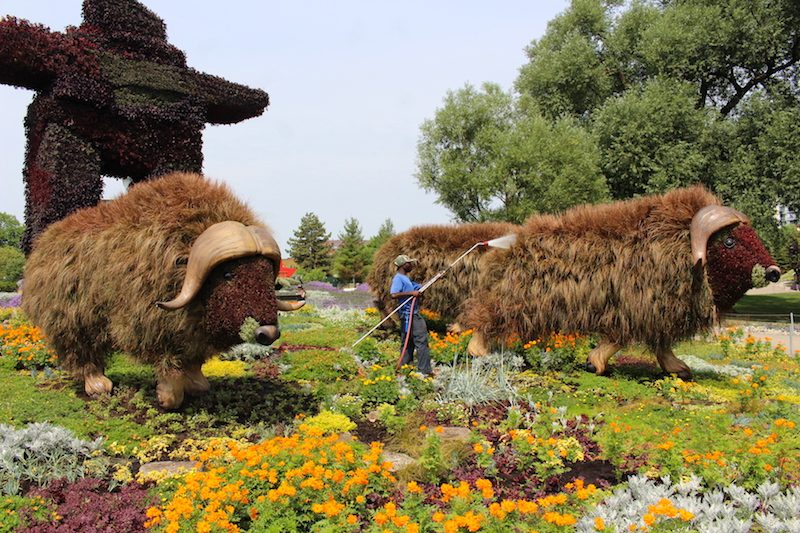 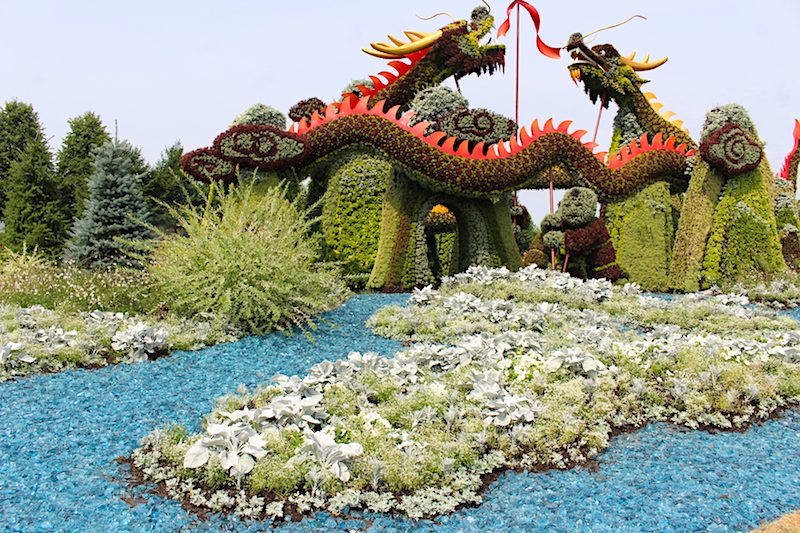 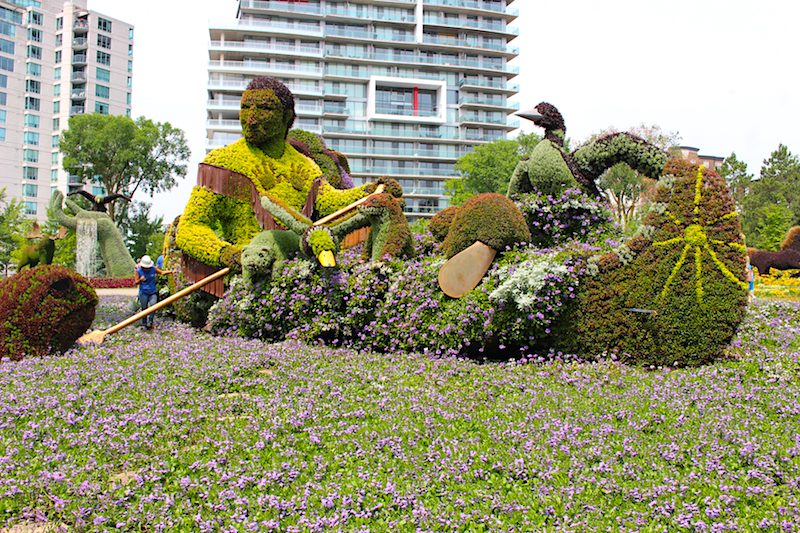 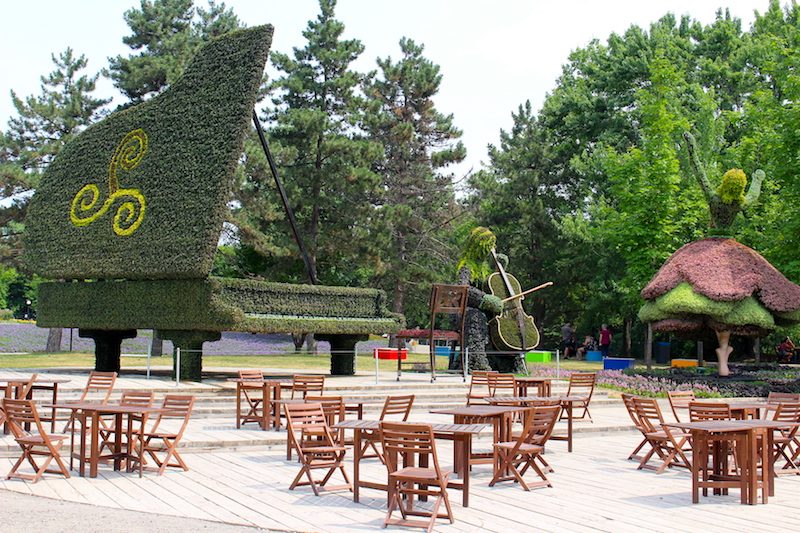 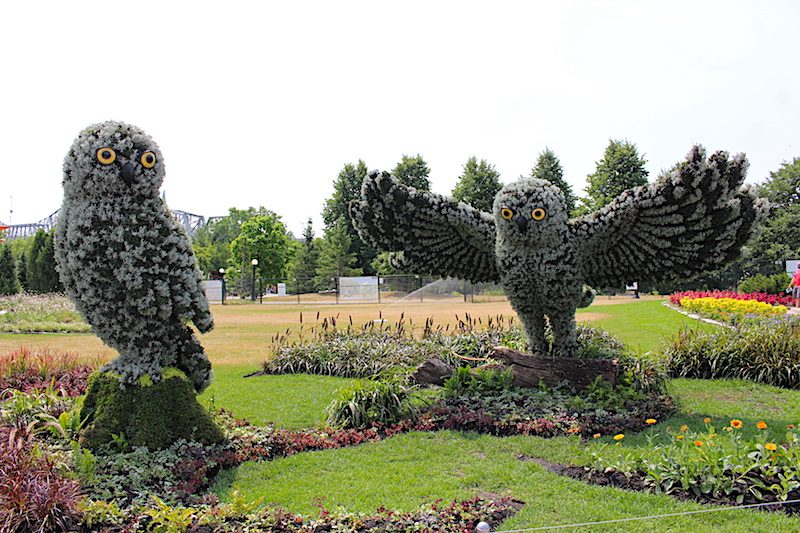 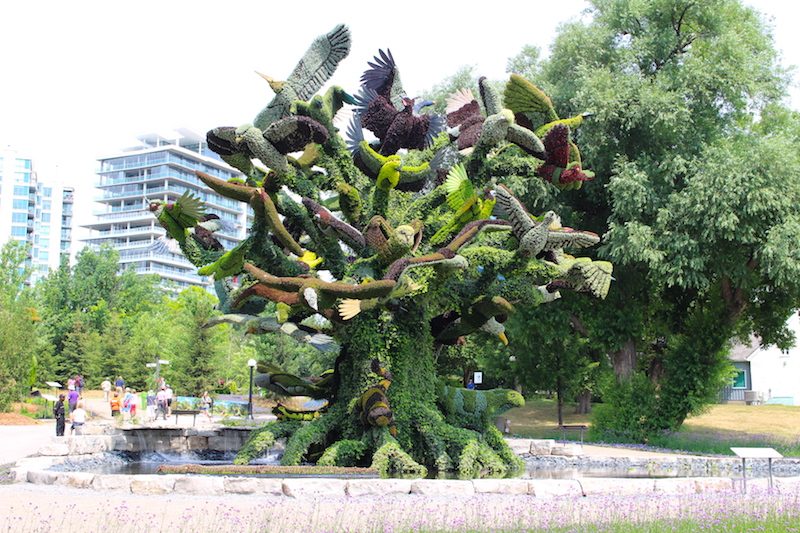 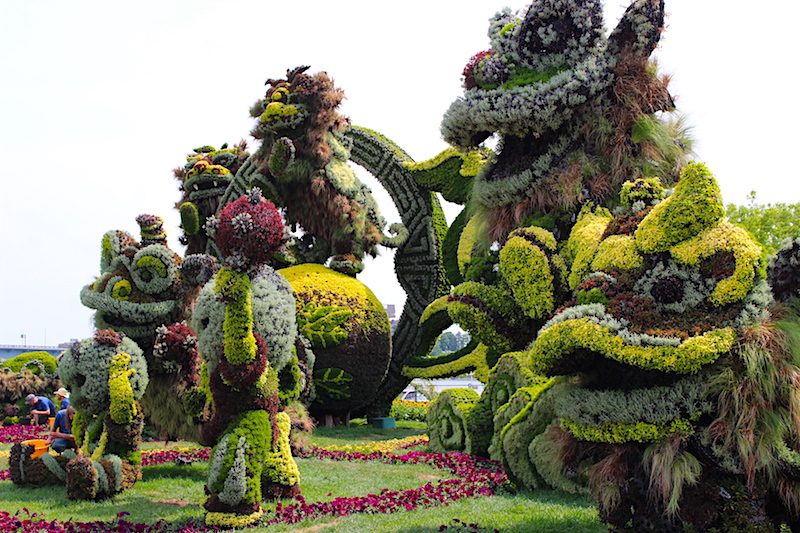 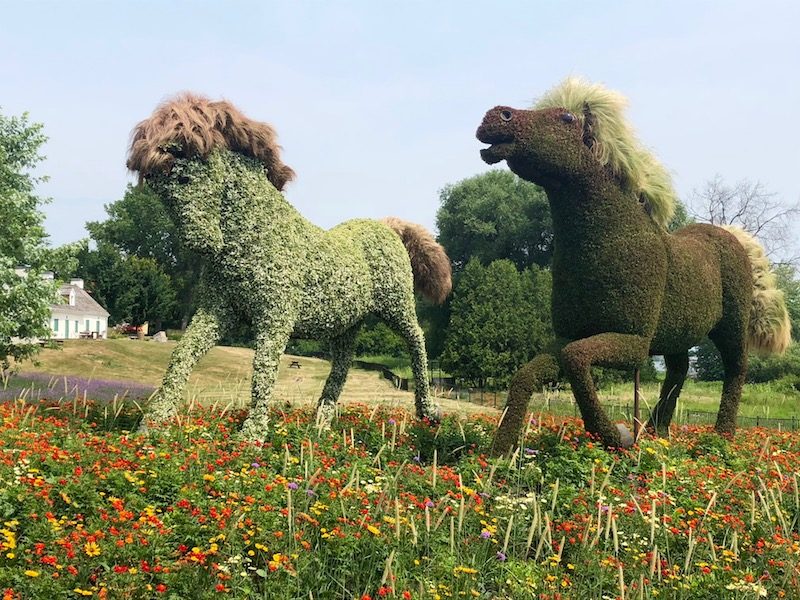 Mosaïculture Gatineau is like nothing I’ve ever seen before. I recommend making the trip!

Also, spending time in the wonderful city of Montreal. Plus, Ottawa is an amazing city! And a travel app that everyone should use.