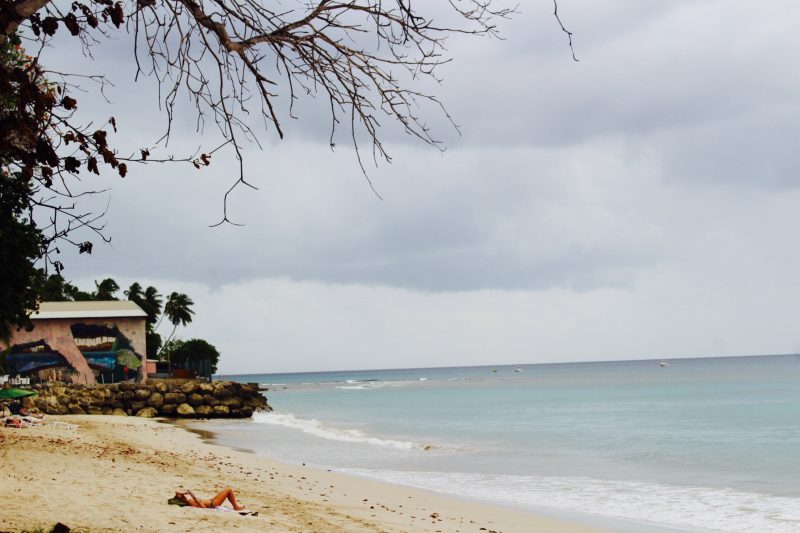 My Trip to Barbados, an ideal winter getaway

Barbados is a gorgeous Caribbean island and the most eastern country in the Lesser Antilles. Compared to other islands like the Bahamas and Jamaica, it’s a less popular destination for Americans. The country is ideal for a long weekend getaway––think depart on a Thursday and return on Monday. An extended trip to Barbados is also an excellent option if you can work from anywhere.

A British colony until 1961, the island gained its full independence in 1966, but Britain’s culture still influences the country’s architecture,  government policies, and certain behaviors. While the west side of the island draws the most tourists, the east side or Atlantic Ocean side is quieter, more remote, rugged, and untouched. The east coast can have rough waters, though, so save any swimming for the west coast’s calmer sea. Here’s an overview Barbados

Where to Stay in Barbados

I stayed at the Santosha, a self-catering  property in Saint Andrew. A grocery package through the hotel was the way to go so breakfast and snacks were ready and waiting when I arrived. The property is pin-drop quiet and the views from the upper floors were spectacular. 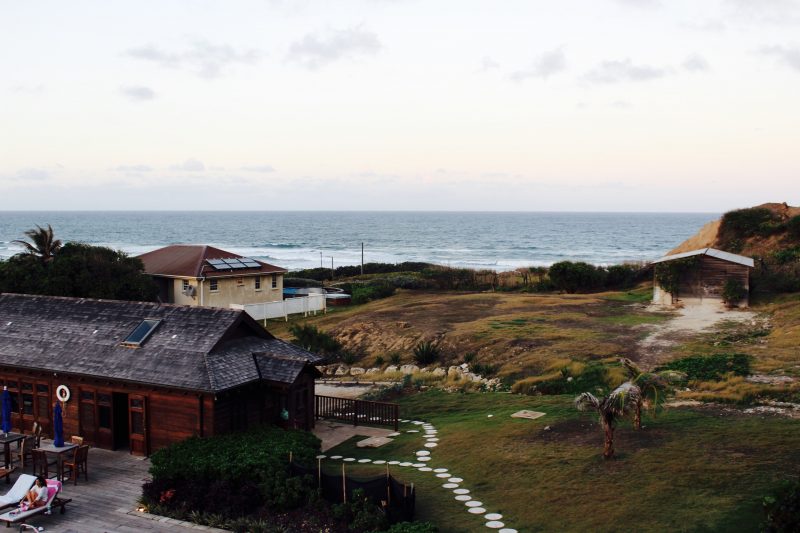 If you prefer a small inn, I recommend The Atlantis or Round House on the east side of the island. Both are charming spots and will feel more personal than a large resort.

If you want to stay in resort on the west side where you’ll experience the turquoise waters that the Caribbean is known for, The Crane Resort is renowned and also sits one of the nation’s most pristine stretches of coast. Another is the five-star Sandy Lane. It’s quite upscale, so this property would be an appropriate choice to splurge for a night or two as the rooms are pricey.

What to Do on a Trip to Barbados

There’s so much to see and do here. Since I had just four days in Barbados, I didn’t get to experience everything, but managed to explore several of the parishes including the capital, Bridgetown.

As far as beaches, you’ll find incredible choices in Barbados. On the west coast, Bathsheba is one of the best and most cinematic with rock formations broken from coral reef. Surfers from all over the world visit the famed “Soup Bowl” at Bathsheba, to surf, of course. 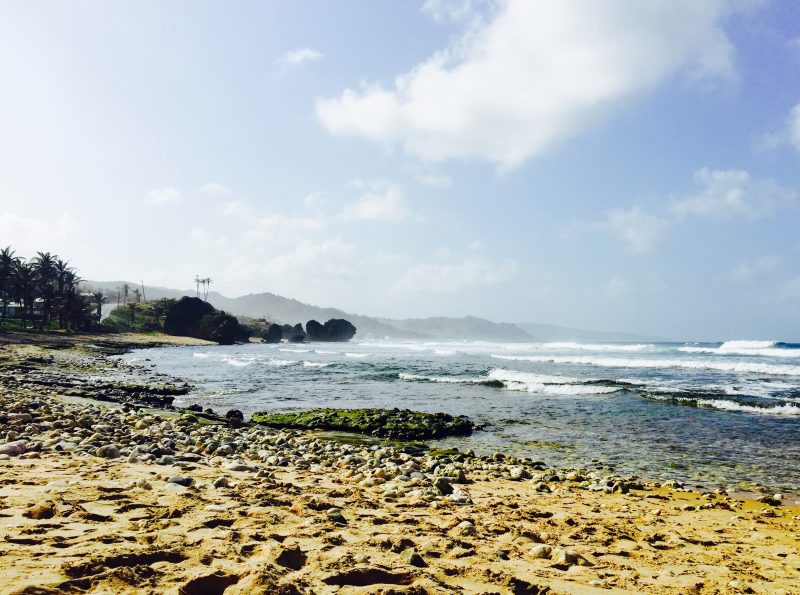 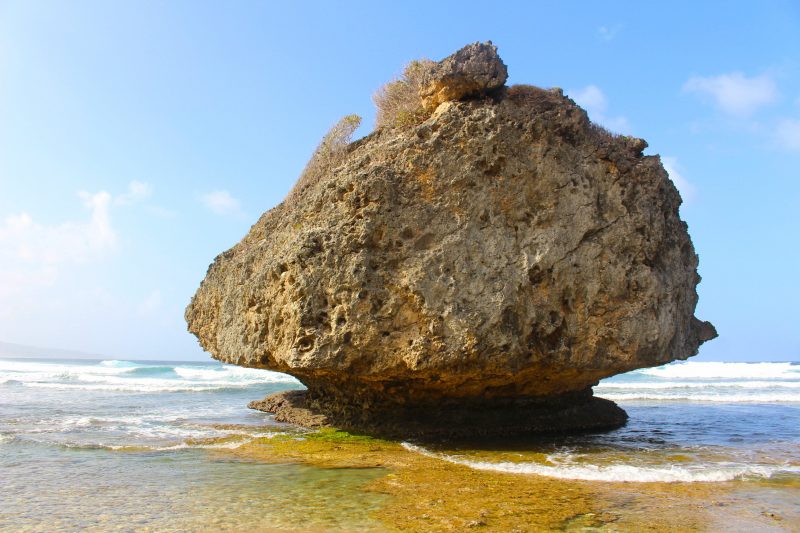 There’s great restaurants in hotels there too. The historic Round House (in its eponymous inn) is ideal for a late lunch and watching the surfers in the distance.

My favorite dining experience was at the Atlantis (also in the hotel by the same name). I dined there on the first night and loved it so much, I returned for dinner on my last night. The staff at the Atlantis were fantastic––I made some friends by the time I left. This property is also located in Bathsheba, which is about a 15- minute drive from the Santosha.

Another locale with breathtaking views is the Animal Flower Cave, one of the country’s natural wonders. The tour of the cave is short, and if you’ve been inside caves, you might not find it fascinating.  I had never been inside a cave, so I thought it was very cool. I do recommend wearing sneakers when walking in the cave. Bajans wear flip flips without issue, but closed toes might save you a stub or cut. After your walk through the cave, grab a bite at the restaurant, a spot with some of the best views on the island.

The Barbados Wildlife Reserve is also a must-see. I found the walk through relaxing and peaceful. I saw dozens of turtles, plus peacocks, parrots, deer, green monkeys, chickens, and more. 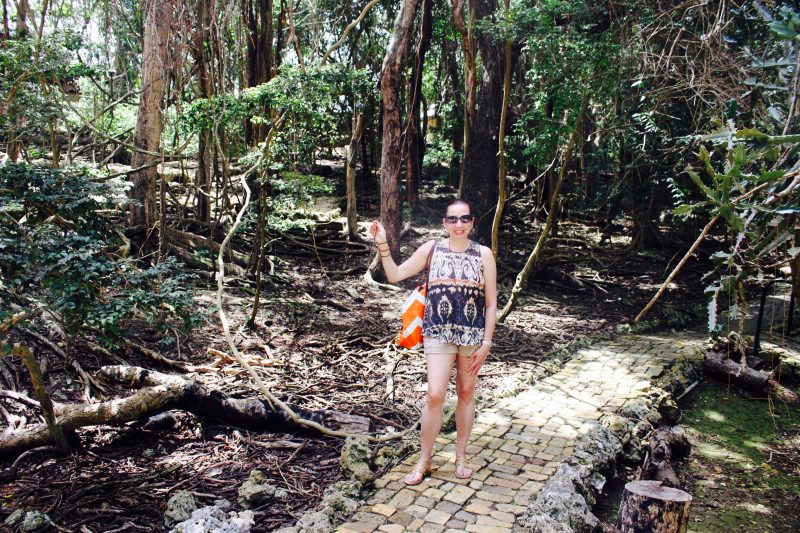 And of course, while in Barbados, you have to visit Bridgetown, the capital, which is perched on the southwest coast. It’s a small city but the busiest area of the island so the only real spot in Barbados where you’ll detect an urban vibe. It’s worth a day to explore the British Colonial architecture and browse some of the duty-free shops near the cruise terminals.

But of all the places I visited on my trip to Barbados, my favorite area was Speightstown in the northwest section of the island. It has a charming main street lined with restaurants, bars, and shops. A lot of local people were out and about, hanging out on the street and going about life. There’s also a small beach in Speightstown, great to grab a sunbath before or after perusing the town. 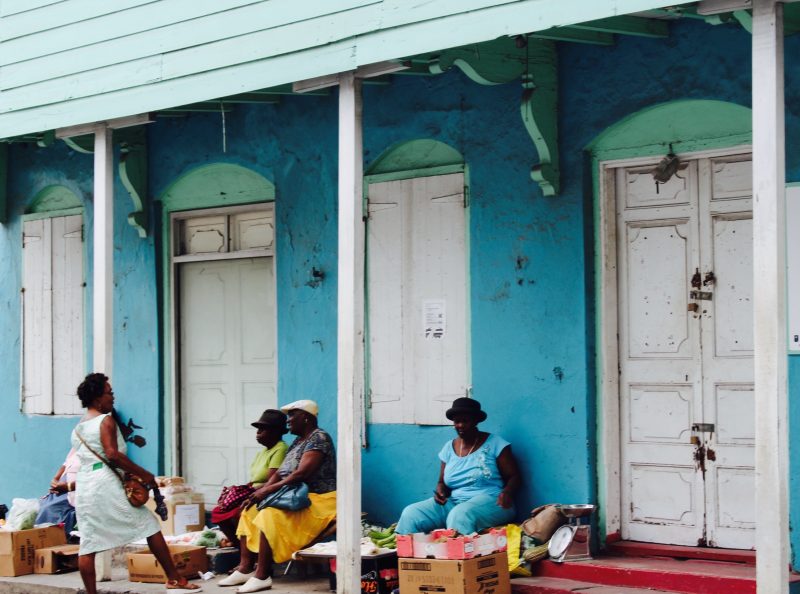 What to Know About Visiting Barbados

Barbados is one of the safest Caribbean nations. While I wouldn’t wander around late at night alone, I felt very safe there. I found Bajans to be super friendly and welcoming, and eager to share their food, drink, and culture, and help any way they can.

True story––I lost my phone the first night I was there. Talk about going into panic mode when you are in a foreign country and you realize you don’t have your cell phone. I had left it outside by the pool at the Santosha and realized once I got to the restaurant that I didn’t have it. Well everyone knows everyone in Barbados, apparently. The staff at the hotel contacted my driver, Valance (amazing driver, by the way, and such a nice guy), who contacted the security guard at the Santosha and he was holding my phone safe and sound. He had found it after I left to go to dinner. So I had my phone back later that night. 🙂

To get around, I recommend renting a car to explore the parishes, but using a driver at night as many roads are not well marked or well lit. I don’t recommend trying to navigate on your own after dark.

English is the official language, but some natives speak Bajan––an English-based Creole––which is challenging to understand. But most folks you’ll encounter will speak excellent English, so communicating should be pretty straightforward.

The currency is the Barbadian dollar. One Bajan dollar equals 50 cents in US dollars. You can use US currency all over the island, but you’ll receive change in the local currency.

Barbados is an amazing little nation and I would love to go back and see more. 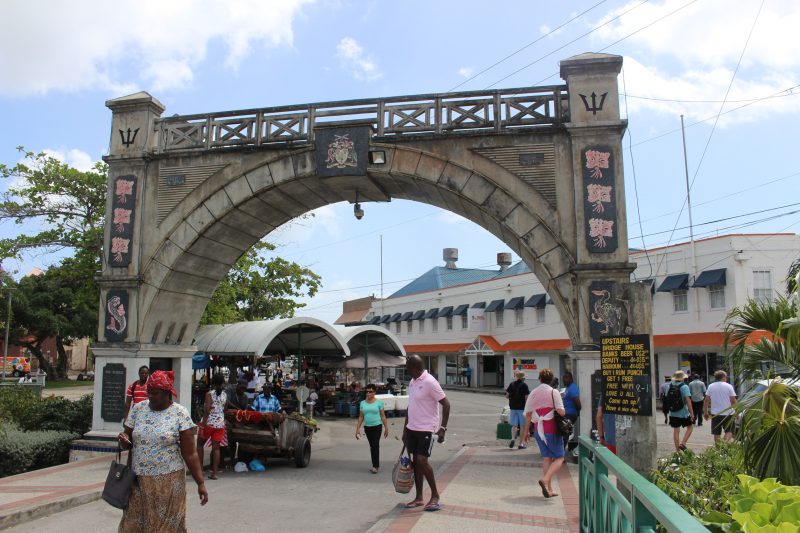 Have you been to Barbados? I’d love to hear about your experience!