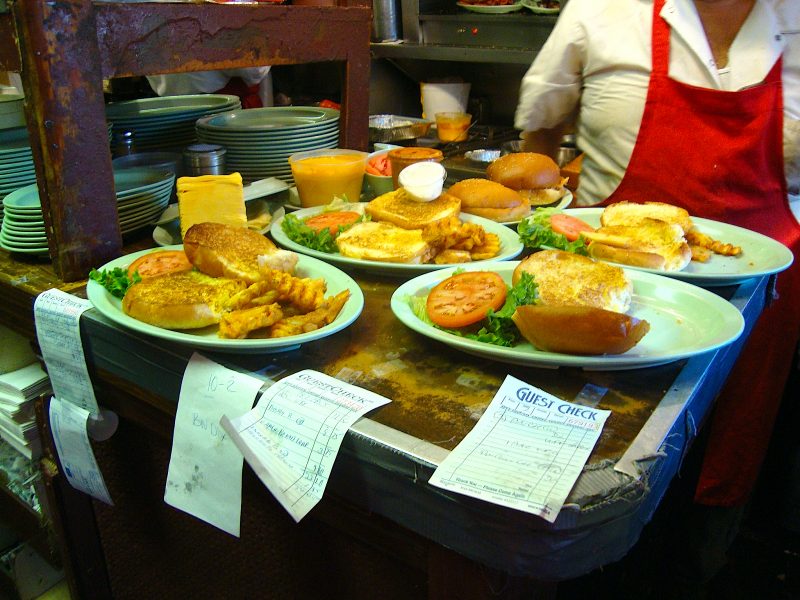 A piled-high pastrami sandwich. A bowl of piping-hot matzo ball soup. A frothy egg cream. These and other classics have covered the menus in New York City diners for as long as I can remember.

When I frequented the city as a young, aspiring ballet dancer, I, along with my mother and various family members, ate many a meal in New York City diners.

We were  on a slim budget and in a hurry so I could get to another dance class or ballet performance. A serving of creamy turkey soup with a packet of saltines sated our appetites, went easy on the wallet, and got us in and out with time to spare.

Diners are much more than casual eateries decorated with neon signs where you can grab a passable tuna melt on rye or brownie a la mode at any time of day or night. (I can almost guarantee–– every diner in NYC has both of these dishes on the menu along with about a hundred other items.) New York City diners are woven into the fabric of the five boroughs and remain particularly quintessential in Manhattan where every neighborhood has one, or maybe several. And more than likely, every New Yorker who has an apartment has a diner.

But sadly, diners aren’t as commonplace as they used to be. Like other mom-and-pop businesses, they’re slowly disappearing, and shiny new shops and sometimes cell phone stores are replacing them. And for New Yorkers who are true blue to their diners and other local spots, that’s a tough pill to swallow.

I live on the Upper West Side, so City Diner at 90th and Broadway happens to be my diner. Queues are the norm and the demographics range from twenty-somethings to families with young children to seniors. Meanwhile, it’s not the only coffee shop in the neighborhood. I understand that its sister restaurant, Metro Diner at 100th and Broadway, draws a crowd too. Case in point: the diner might be dying a slow death, but New Yorkers are hanging on for dear life. 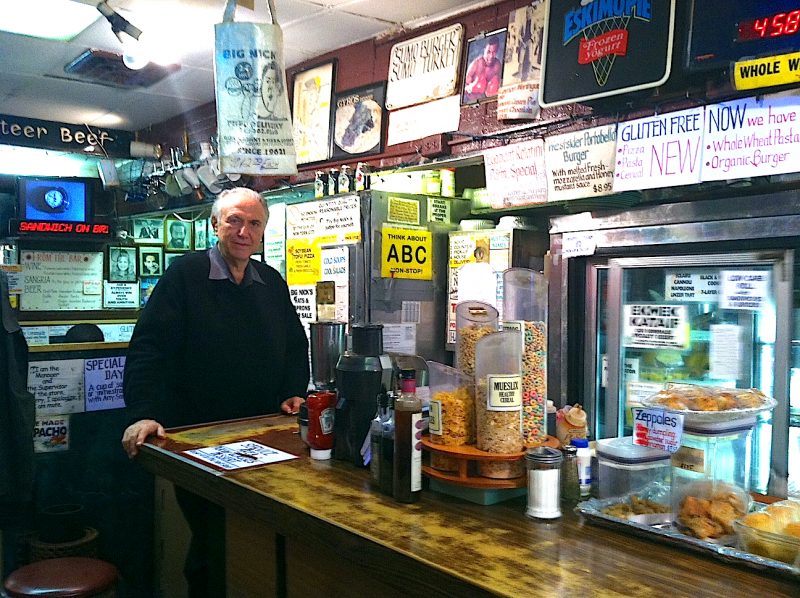 Big Nick at his diner on the Upper West Side

Why do we New Yorkers feel such sentiment for diners?

Diners are comforting. They’re familiar. They remain consistent and predictable in a city of constant change, and often, chaos. We can walk into a diner and order grilled American cheese on white bread or eggs Benedict with home fries on any given day. Then, we can return a year later to the same diner and order the same plate of food and have the same waiter serve it to us. There’s something wonderfully heart-warming about the familiarity that comes with a New York diner.

In the 1980s, Snow White Coffee Shop at 58th Street and Eighth Avenue had to be one of my favorites. Steps from Carnegie Hall and Central Park, the restaurant was smack dab in the center of my stomping ground. Sometimes my mom and I grabbed a quick bite at the counter and other times when we weren’t watching the clock, we dined in a two-top booth. Snow White had an entirely Greek staff (most diners in NYC are Greek-owned and operated), and the male servers practically knew us by name because we frequented the place so often. I read that Snow White was demolished in 1985, and I don’t know what replaced it. Today, a Duane Reade is at the corner of 58th and Eighth Avenue.

Mom and I sometimes sat at the counter at Old John’s Luncheonette as we perused apartment sublet ads in the Village Voice (long before smartphones and digital). Old John’s had pay phones, so we’d order a plate or bowl of something delicious and then make a few calls inquiring about apartments for a summer rental. A few times we sat in one of the vinyl-covered booths, and knowing my mother, we probably shared a turkey club, always one of our go-to orders in any diner. Old John’s Luncheonette closed recently, but it was bought by a new owner and reincarnated. 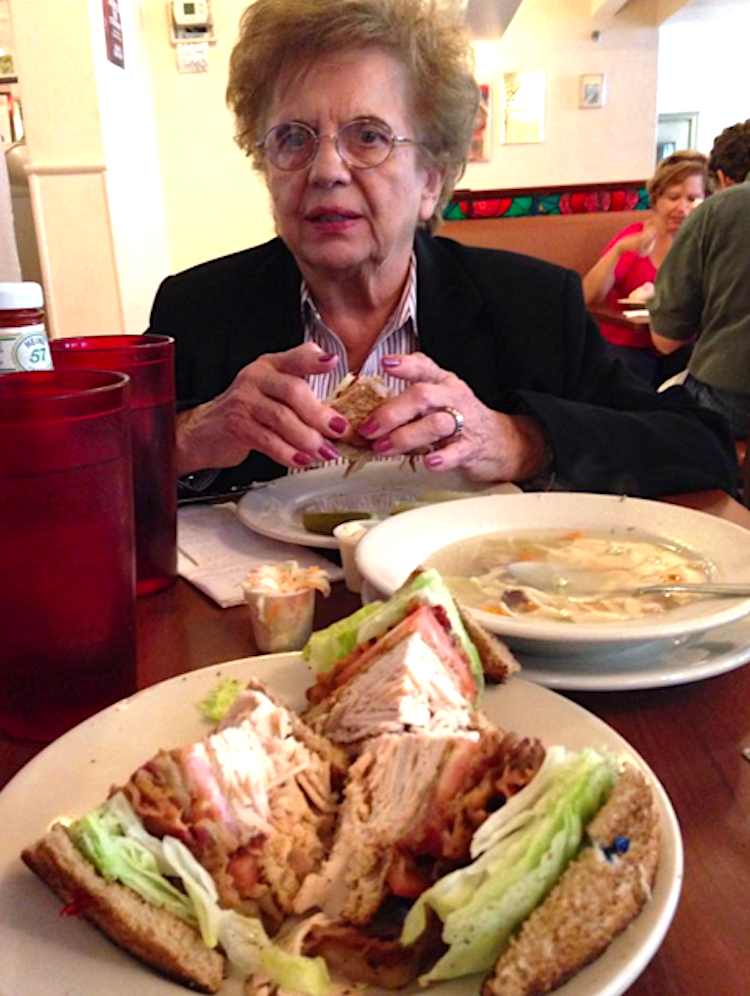 Called the “Polish tea room,” Café Edison in Hotel Edison was beloved by Broadway community. Everyone ate the Eastern European landmark, even celebrities. Mom and I split a soup and club before the Edison closed, you know, for nostalgia’s sake, and also because we had a short window of time before catching a matinee on Broadway. I remember that tasty homemade chicken noodle soup and triple-decker turkey sandwich well. I didn’t know at the time that Café Edison’s doors would close shortly thereafter.

A greedy landlord raised Big Nick’s rent so high in 2013 that it forced the restaurant at 76th and Broadway to close. I thought of Nick as a permanent fixture in the neighborhood –– he was that for 51 years. He opened Big Nick’s in 1962 and became the preferred Upper West Side spot for plates of greasy diner food and a whole lot of schmaltz. Big Nick, you are gone, but not forgotten.

While living on the East Side of Manhattan for my first two years in New York, I often visited Midnight Express Diner (you might know this restaurant from the TV show, Odd Mom Out). It was a five or six-minute walk from my apartment at the time, so I’d wander over on the weekends for breakfast. I haven’t been back to Midnight Express since I moved to the Upper West Side. It’s funny how, in New York, we find our neighborhood spots and remain incredibly loyal while we live or work nearby. But after we move or change jobs, we rarely, if ever, return to those haunts.

I worked in Midtown East for more than three years, so had my go-to diners there too. Despite its slow service, Moonstruck at 58th and Second was always a solid choice. I’d get the chicken souvlaki, and it came with fries and a Greek salad. Like most New York City diners, Moonstruck serves a heaping plate of food, so much that I barely had time to clean my plate on a one-hour lunch. Often, a doggy bag was in hand on my way out the door and back to work at 58th and Third. Fries for an afternoon snack? Sure. 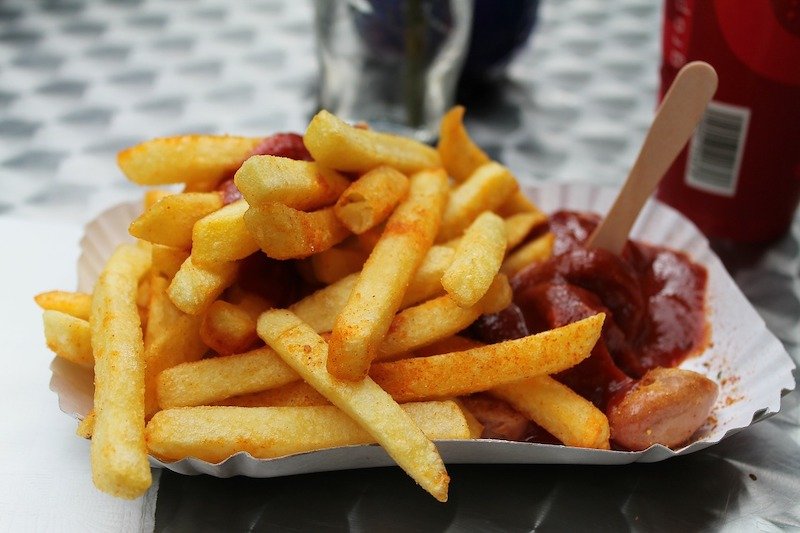 Diner French fries are the best. (K Berlin via Pixabay)

On a warm sunny, day, I loved venturing around that neighborhood. Some days, I’d march up Lexington to Burger Heaven at 62nd Street. I’d sit at the counter, usually alone, and a server named Bobby would wait on me. His big, brown eyes beamed, and he’d smile at me while he wiped the counter. Then he’d say in his West Indian accent, “Water, my friend? With extra lemon?” He remembered. Every time.

Bobby knew the food I’d order, too. Sometimes, I chose a spinach and mushroom omelet without toast, when I was off carbs. Other times it was the grilled open-faced pita with fresh mozzarella and tomato. And every blue moon, I’d splurge on a burger. No matter what I ordered, He didn’t forget a single detail. Each day at the counter I sat amongst his regular customers, most of whom lived in the neighborhood––until one day, I realized that I had become a regular myself.

But then, I wasn’t a regular anymore. I left my job mere minutes away, and was rarely, if ever, in that area of town. But one day years later, I was nearby––and starving. I walked into Burger Heaven and a woman was working behind the counter.

“Where’s Bobby? Does he still work here?” I asked.

She said he’d been promoted and was the manager of Cool Mess, the ice cream parlor upstairs (also owned by Burger Heaven). I was so disappointed. Doesn’t anything stay the same in this town?! Nostalgia had somehow crept back in and hit me once again. Silly me. I expected every detail to be as it was seven years earlier. She encouraged me to trek upstairs and check it out. Besides ice cream, Cool Mess serves the full Burger Heaven menu. And so, I took her advice. 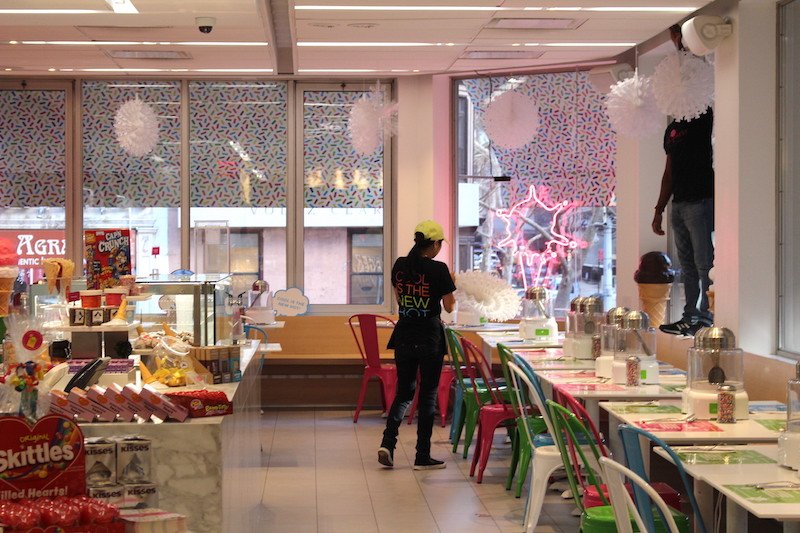 The interior of Cool Mess

I climbed a flight and walked into a whimsical, colorful, albeit shiny new space that felt like the antithesis of a diner. I told one of the young gals scooping ice cream that I was there to see Bobby.

Minutes later, he appeared and walked toward me with that gleaming smile of his. He remembered (again), and hugged me. We chatted for a moment, and he encouraged me to have a seat and order lunch.

“What can I get you to drink, my friend….water, with extra lemon?”

I smiled and thought to myself, some things never change.

Do you have any favorite New York City diners? I hope we will all fight to keep the NYC diner culture alive and well.

Also, great bars in Times Square. And Breakfast at Tiffany’s.