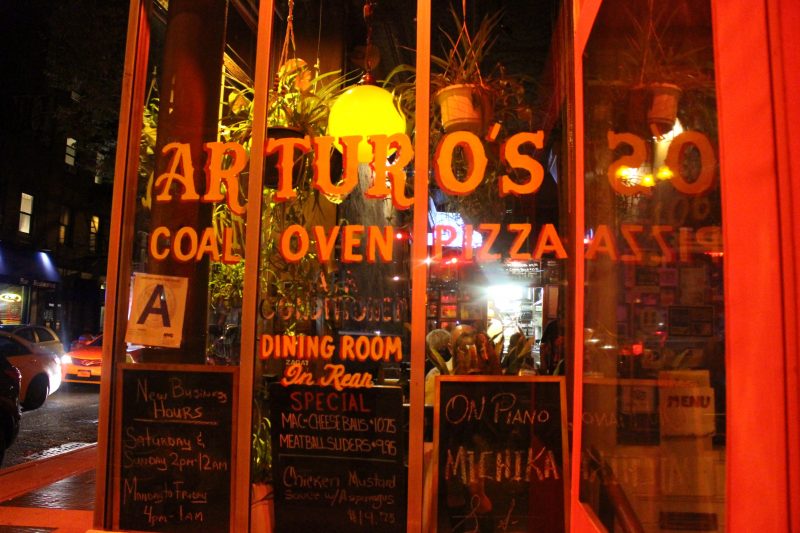 Although I had never eaten there, Arturo’s on Houston Street was calling my name.

I rarely go out on Monday nights. I like to spend a long day in the office (at least until 7 p.m.), get caught up on emails and plan out the remainder of my week. But I had a chance to view a hot exhibit in SoHo, and I couldn’t pass it up. After I browsed the gallery, my appetite moved into overdrive and food was on the agenda. I just so happened to have a hankering for Italian––again.

I wandered in search of a not-too-pricey place with  the usual pasta, pizza, etc., and stumbled upon Arturo’s on Houston Street, a haunt I’d walked by many times over the years yet had never managed to try. I perused the menu outside and decided to give it a shot, and I was so glad I did.

I knew immediately upon entering the bright red doors that Arturo’s was my kind of place – one with tasty food, friendly people, and a quintessential New York attitude. And that’s a good thing.

I opted to sit at the bar, but the back dining room was just as charming. Open since 1957 and known mostly for pizza, Arturo’s not only serves pie after pie straight from its coal-fired oven, but the Italian classic features savory items like Eggplant Stuffed with Ricotta and Mozzarella, pasta dishes like Penne alla Vodka and Spaghetti Bolognese, and chicken Parmigiana. 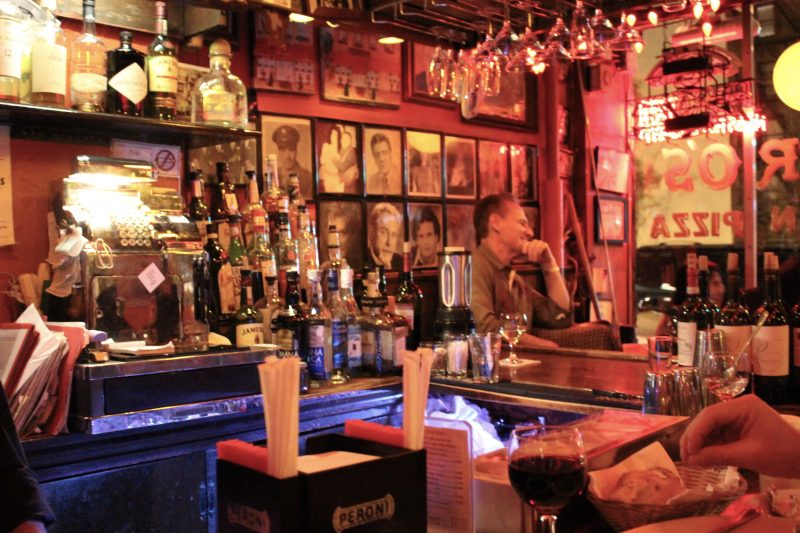 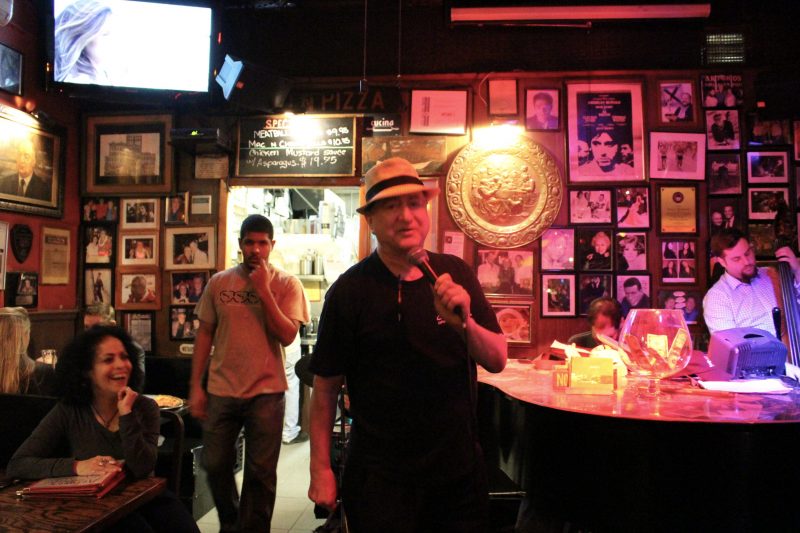 Reliable food is only one reason to visit Arturo’s, because the truth is you can’t ignore the ambiance of this place. With vintage photographs lining the walls – many of people you’ll recognize – as well as live jazz crooning nightly (there’s no cover charge), Arturo’s transports us to a pre-21st century Manhattan. Throw in a seasoned bartender named Tony, who strikes up conversation while mixing drinks and pouring vino, and you have a night in New York City you can’t forget.

These days, finding a spot like Arturo’s on Houston Street is a rarity. After the countless institutions, not to mention the potential end of the road for a list of other neighborhood mom-and-pop joints that New Yorkers love, I’ve become even more appreciative of the few mainstays that remain in our great city. In fact, I ask myself how long each will manage to keep its doors open?

I think Arturo’s will stay around for a while longer. I hope so. The pizza and music are calling my name. 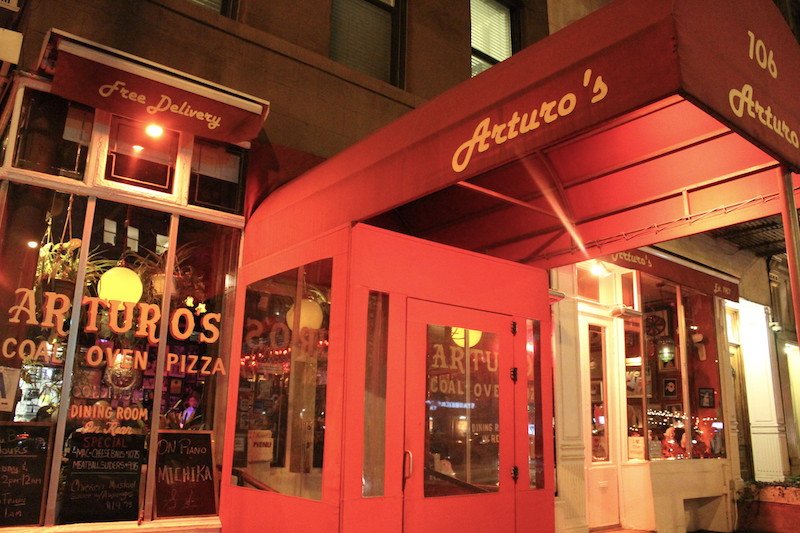 « A Perfect Sunday Supper: Beef Bourguignon
Highlights from My Trip to Cuenca, Ecuador »