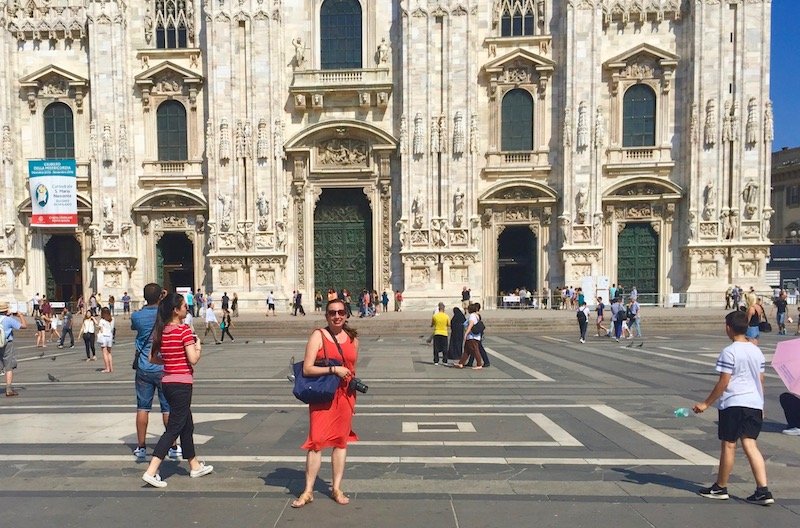 Solo Travel: How Living in New York Prepared Me to Take the Plunge

I ventured on my first solo trip in summer 2016 when I spent a few days traipsing around Paris and Milan. Even though I was nervous about solo travel and navigating on my own, I managed to find my way around both cities. In Paris, I walked everywhere exploring as many arrondissements as my feet could handle. One day, I covered about 10 miles. I knew then that I could handle solo travel, and that trip wouldn’t be the last time I trotted beyond the US by myself.

Switzerland was a big solo adventure.

One of my biggest solo travel adventures was traveling through Switzerland. I flew into Zurich, rode a train to Bern, spent three nights there, then hopped the train to Gstaad where I met up with a group of journalists. After four nights in Saanenland, I ventured back to Zurich alone. I even had to switch trains and managed to make the connection. 🙂

I don’t consider myself a veteran solo traveler like some travel writers. In all honesty, not so long ago, the thought of traveling alone in a foreign country (or really anywhere) sounded terrifying. But now, I have the confidence to travel alone to many places. And I have New York City to thank. Here’s how my New York life prepared me for solo travel. 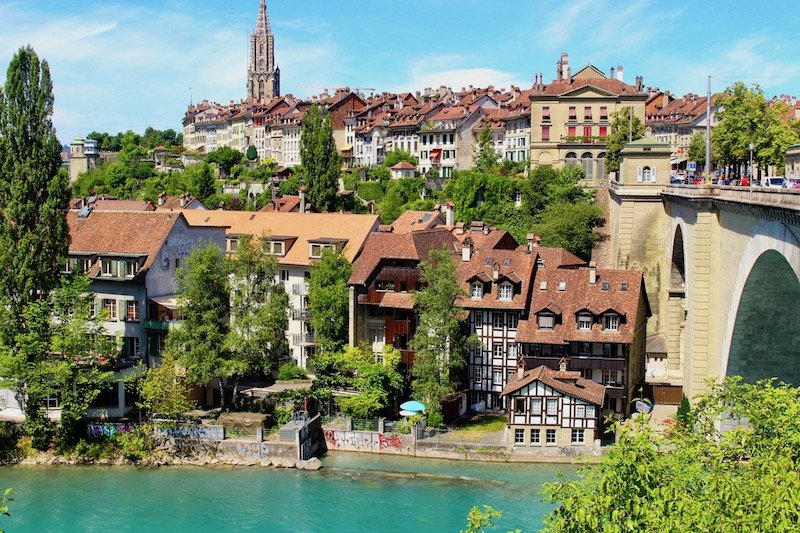 Learning the ins and outs of the New York subway system.

When I moved to New York in 2007, I knew nothing of the NYC subway system. I had visited the city countless times, but never became an expert on public transit. When I began living here, I told myself that I would have to learn to take the train like everyone else. And I did. I bought a laminated Streetwise map (pre the MTA and subway apps) and always kept it in my city bag. I learned the lines and the stops and traveled all over NYC at various times of day and night and did it alone. I realized that I had the ability to do something I’d not done before, and that has only helped me accept new challenges, traveling alone outside of the US included.

While taking the subway and traveling all over town, I also had to figure out which way to walk to get to a subway or which direction to turn once I exit the station. That, in itself, is no easy feat! Even after living in NYC for years, sometimes I find myself heading east instead of west. Other than walking an avenue out of my way and wasting five minutes, that’s a fairly easy fix. I’ve learned to make a mental note of my whereabouts and which direction is north and south at all times. Trust me, that helps tremendously.

Eating, drinking and staying in hotels by myself.

I’ve been working with The UK Telegraph since April 2017, reviewing dozens of New York hotels. Not only do I stay in the rooms alone, but most times, I dine in the restaurants by myself. Because I’m so accustomed to that solo time, I don’t have any qualms about checking into a hotel or eating in a restaurant alone anywhere. In fact, I’ve grown to enjoy that time by myself. I feel pampered and look forward to chatting with the staff and the interesting people I meet along the way. 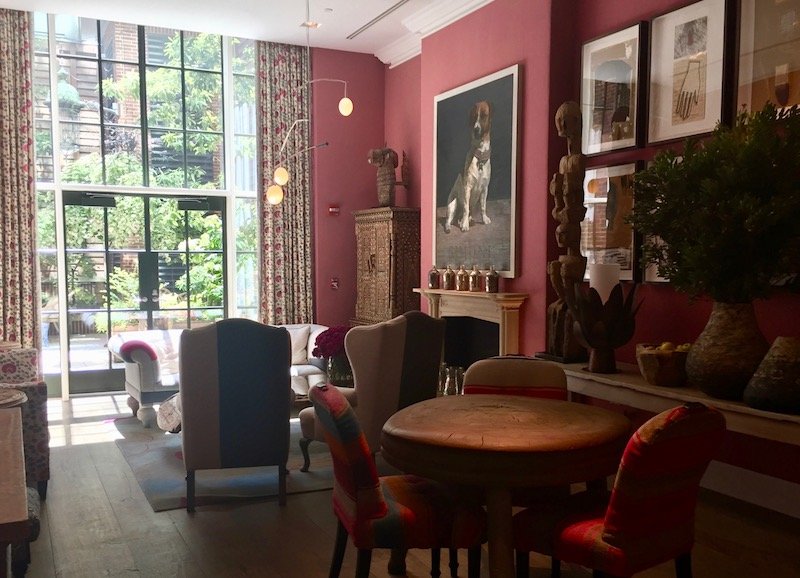 Mingling with people from around the globe.

New York is a melting pot of cultures, and people move to NYC from just about every country in the world. Because I rub elbows with folks from so many places, I feel comfortable traveling to foreign destinations. The world comes to NYC, and in a way, living in New York has prepared me to take on the world.

{My go-to travel bag. I never leave home without it.}

You’ll hear as many as 800 languages in Queens (I love riding the 7 train for that reason), and you’ll hear a bunch in the other boroughs too. Even walking through my Upper West Side neighborhood, I’ve listened to French, Spanish, Arabic, Hebrew, and other languages spoken. Living in New York has helped me realize that just because I don’t understand what someone is saying doesn’t mean that I can’t communicate with them. Some languages are universal.

Since I moved to NYC,  I’ve observed Greeks partying at their annual street festival; Orthodox Jews marching to the temple on Shabbat; Muslim cab drivers kneeling on the sidewalk for their daily prayers, and immigrants from many other countries celebrating their heritage. The level of cultural stimulation in New York City has piqued my curiosity, motivating me to learn about other cultures and travel as often as I can.

New York has instilled a confidence in me and I’ll always be grateful. I have no doubt––if I hadn’t spent the last decade-plus living in this phenomenal city, I wouldn’t have the desire, know-how, or moxie to explore foreign places alone. 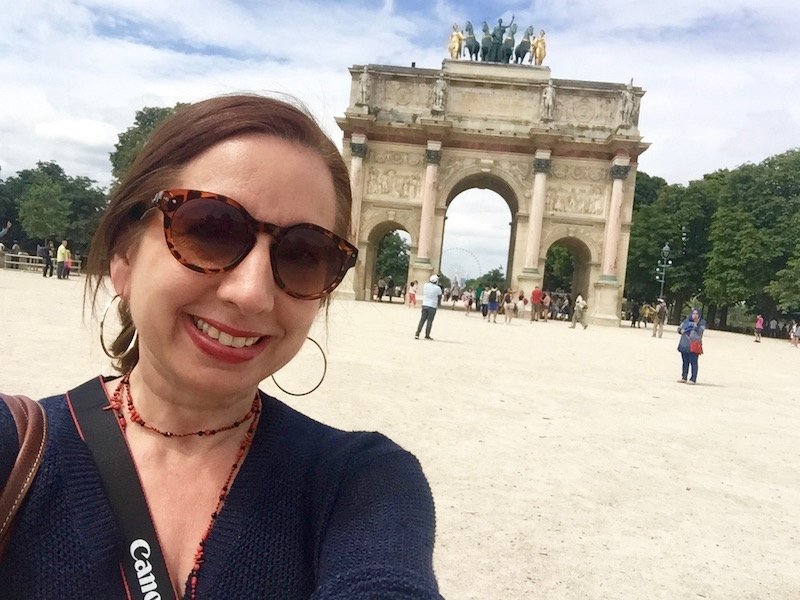 Alone and happy in Paris.

Have you ever taken a solo trip? I’d love to hear about your experience!

If you’ve never traveled alone, I recommend starting small. Book a local trip, take a long drive, or fly somewhere domestically and spend a weekend by yourself. Solo travel can be incredibly liberating. If you don’t do it, you’ll never know if it’s for you. And if you try it and don’t like it, take your BFF on your next trip!

I loved my time in Milan. This city is so much more than fashion. And I recommend Nashville for a solo trip in the US. It’s an easy (and friendly) city to navigate.