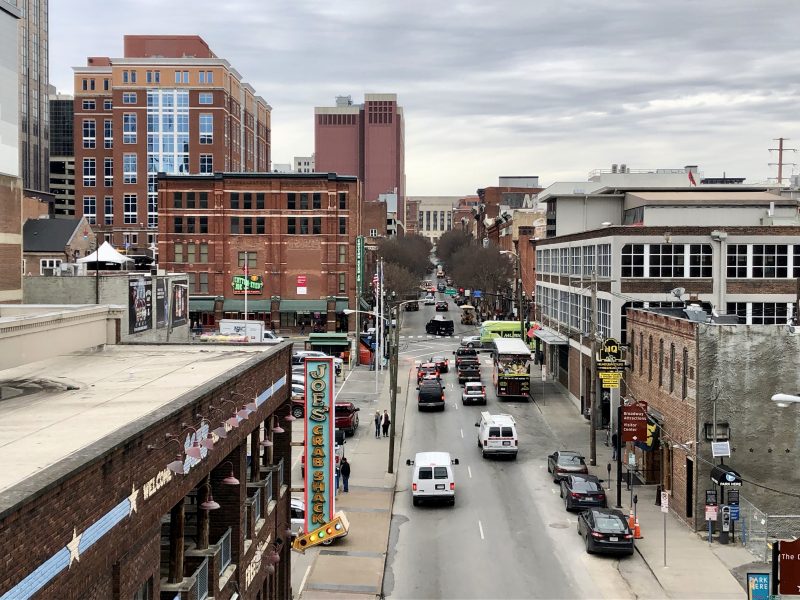 Have Two Days in Nashville? Here’s What to Do

Ever since my very brief introduction to the city in the 1990s, I’ve been curious. And as it turns out, after spending two days in Nashville, I can say that Music City didn’t let me down.

Just as I’d heard, the food and drink rivals much larger cities – Nashville is a town where you go to eat. From downtown to Germantown to The Gulch and east side of town––every neighborhood offers delicious and often inventive food. In just two days in Nashville, I managed to indulge in some of the city’s tastiest dishes, and I know there are plenty more waiting in the wings.

And let’s not forget the music – song followed me around for the 48 hours I was in Nashville. In the club, the thrift store, while I was crossing that big truss bridge. Live music is everywhere. Now, I’m all the more curious about the incredibly talented and passionate people who flock to this town every single day for their shot at stardom or at least a chance to have their voices heard.

Have I piqued your curiosity about Music City?  You can accomplish a lot in just two days in Nashville. But if your schedule allows, you could easily spend a week or more there because of the many fun things to do in this vibrant southern town. 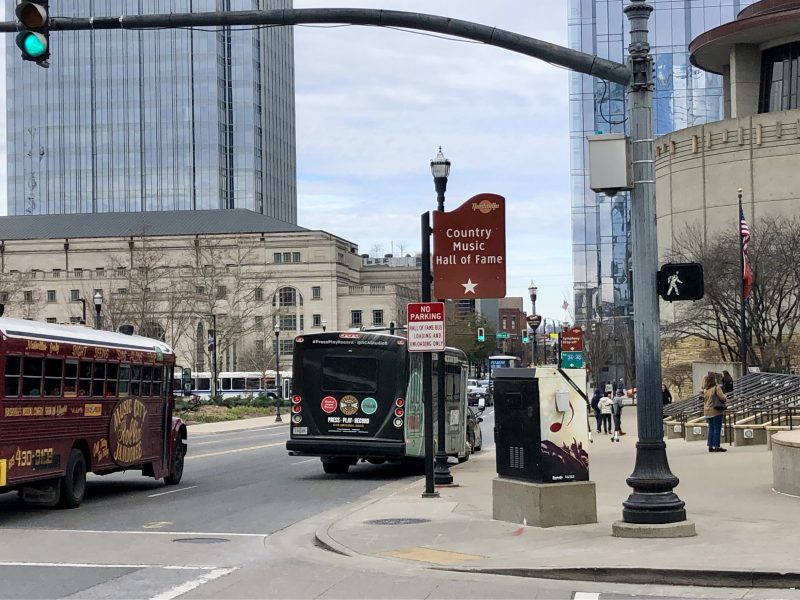 Here’s what to do if you have two days in Nashville.

Yes, it’s iconic and in the heart of downtown, so it’s worth a walk through, especially if you’re a country music devotee. Set aside a few hours to tour the museum but don’t miss the Hatch Show Print Store. It’s a working letterpress shop, and one of the country’s oldest at that, but also a great spot to browse colorful poster prints of your favorite country music stars. Take one home as a souvenir. 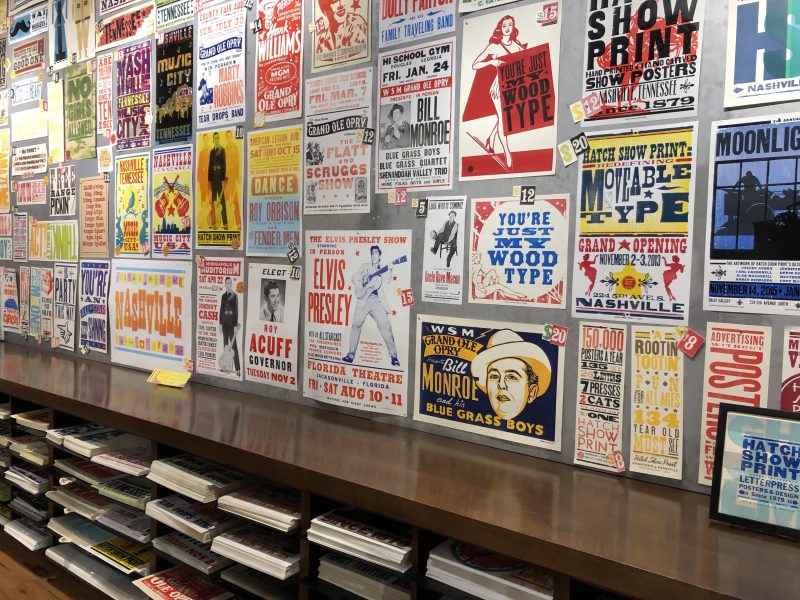 For sweeping city views, walk over this mammoth metal truss bridge spanning the Cumberland River and  connecting downtown to East Nashville. Entrance is at Symphony Place (alongside the Schermerhorn Symphony Center). Walk mid-way and you’ll be able to capture incredible photos of downtown and the river. Images of the bridge are also worth taking. Unbelievably, this structure is one of the longest pedestrian bridges in the world. 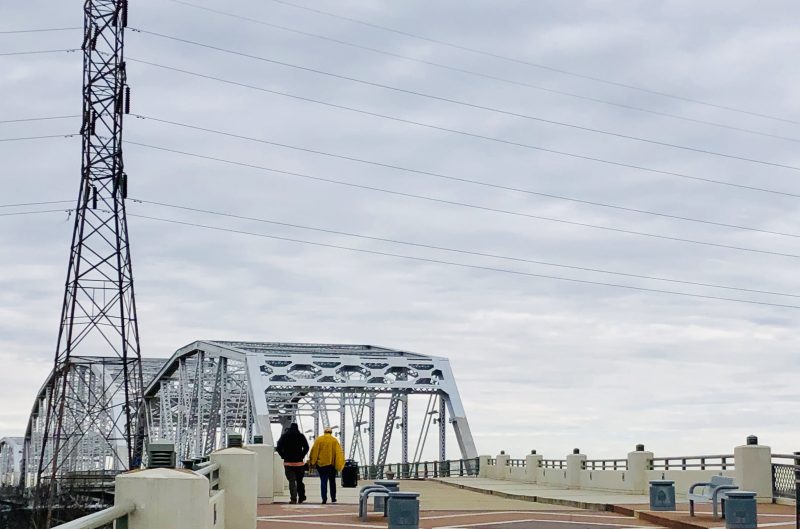 LEED-certified and a true example of urban revitalization, The Gulch is one of the hippest neighborhoods and it sits adjacent to downtown (about a 10 or 15-minute walk). Even if you’re in Nashville for just a couple of days, you can easily spend an hour or two perusing The Gulch. Pop into The Thompson Hotel for a fancy cocktail and the cosmopolitan vibe – it feels very “big city.” Be sure to check out the shops, cafés, The Station Inn for live music, and Kelsey Montague’s “WhatLiftsYou” wings mural. Don’t be surprised if there’s a line of folks waiting to take their picture with the wings. It’s fun to watch, or if you have a friend to play photographer, get a photo of yourself. 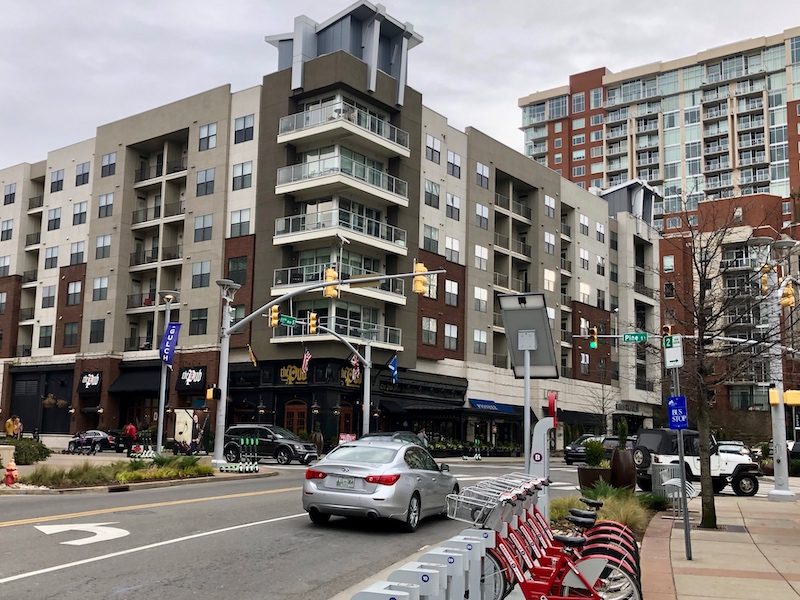 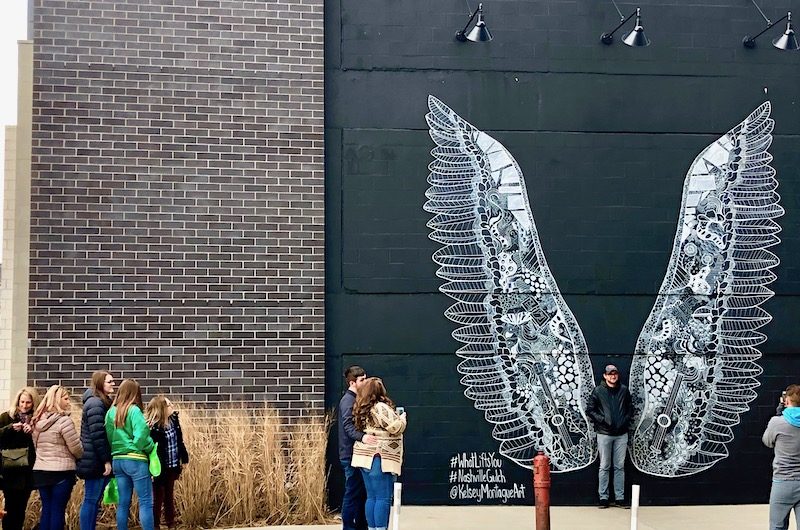 Eat and drink as much as possible in Nashville.

So, I’ve already mentioned that there’s no lack of great food in Nashville. I dined at several restaurants, and had drinks at several trendy cocktail bars, all of which I’d recommend. When a bowling alley meets a bar and restaurant, you have Pinewood Social – a trendy spot with one of the tastiest brunches I’ve eaten in a while. I recommend the mushroom omelet (comes with a huge biscuit) and a side of crispy fries. Butcher & Bee is terrific for its unique approach to Middle Eastern cuisine (the mezze items are must-tries), and Merchants, in a building dating back to 1892,  plates Southern-inspired traditional food with steaks and seafood topping the lineup. All three restaurants are solid picks. 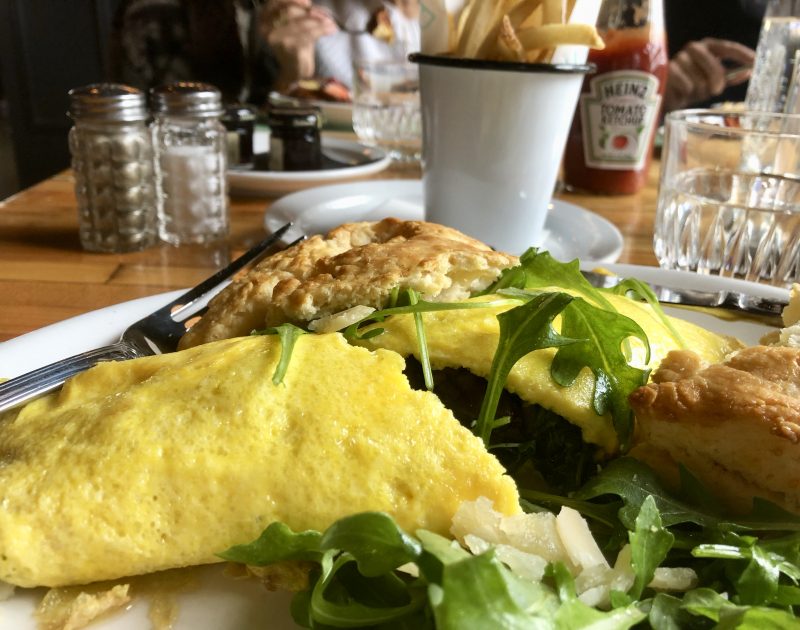 Helmed by Belgium-raised chef Philip Krajek, Rolf & Daughters was by far my favorite Nashville restaurant. He and his team use seasonal ingredients to craft Mediterranean-inspired dishes like sweet potato, golden raisin, chili, and anchovy, and sea trout, turnip, lovage, lemon, and green garlic. I am going to agree with The Infatuation – if you have one night in Nashville, this is where you want to eat.

The small plates are ideal for sharing; the wine list is innovative with bottles hailing from some small producers and regions, and the garganelli verde pasta with heritage pork ragu was one of the best things I’ve ever eaten in my life. Yes, it was that good. The meat to noodle ratio couldn’t have been better, and the sauce was robust and exploded with flavor without overpowering the pasta. It’s perfection on a plate. The atmosphere is super relaxed, so you can dress comfortably and eat to your heart’s content. 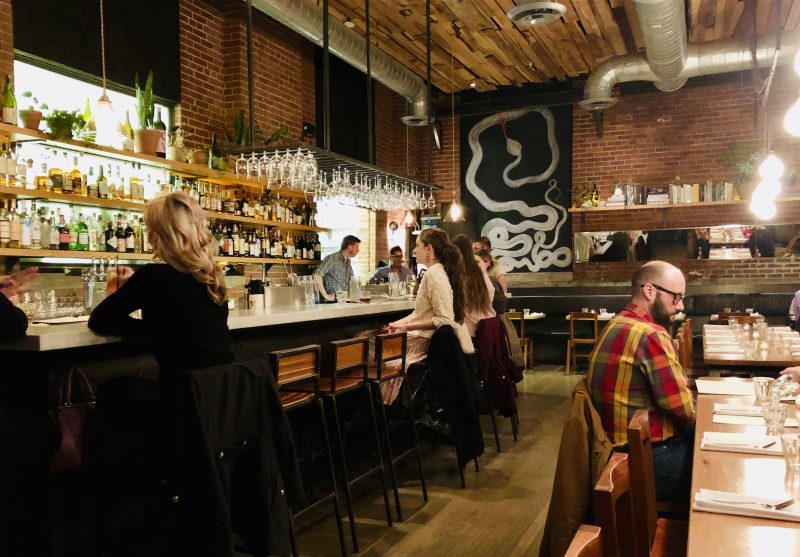 I also really enjoyed The Chef & I on 9th. It took me a while to find it as it’s in an area of The Gulch that still feels quite industrial and the last place you’d expect one of the city’s top eateries.  Don’t let the exterior of the building fool you – the food (I had the steak tartare) and the wines are outstanding. If I go back to Nashville, I’d love to eat lunch or dinner here. The vibe is low-key and the servers are friendly too. 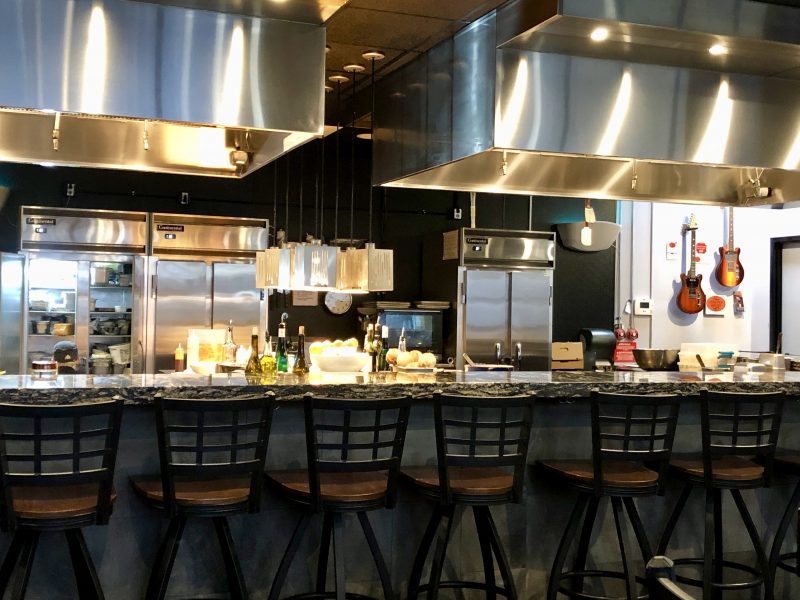 For adventurous cocktailers, I recommend The Paterson House, a moody bar where you can shout out the ingredients you prefer and let the mixologists take it from there. The Fox Bar & Cocktail Club is a speakeasy-type lounge where a seasoned barman mixes up both classics and creative libations. I took a cocktail making class here and loved it. Cocktail making really is an art! 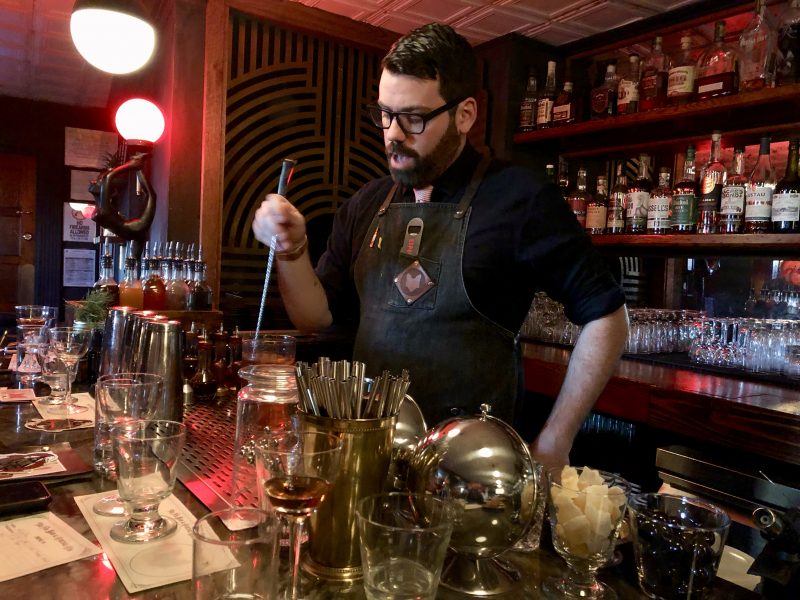 Listen to live music on Broadway.

The honky tonk bars on Broadway are all pretty touristy, but Robert’s Western World is one that attracts its share of locals. I’d never been to a country music bar before (crazy, I know), but this wild rockabilly tavern is all that I’d imagined one would be. Country music enthusiasts stand shoulder to shoulder, some swaying in time with the music, guzzling cheap beer and chomping on fried baloney sandwiches.

You’re bound to meet some interesting characters from all over here, and that alone makes for an entertaining if not adventurous night out in Nashville. Warning: if you don’t tolerate crowds, this bar and Broadway, in general, may not be the place for you. 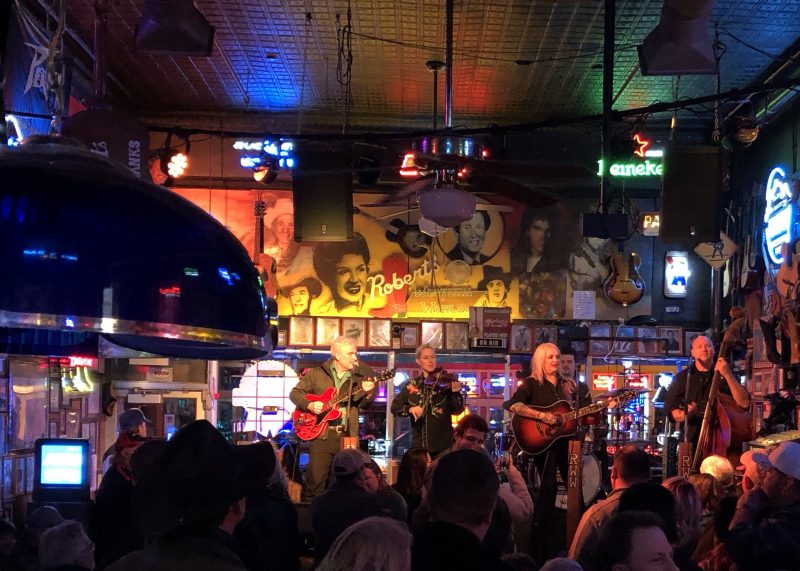 Where to stay in Nashville

Set in the heart of downtown and a walk to the district’s major attractions, the JW Marriott Nashville makes an excellent base for exploring all of Nashville. As the first luxury hotel in downtown, the 33-story glass tower soars high above the Nashville skyline. The hotel provides 533 rooms, so it’s far from boutique, but NYC-based architecture firm Stonehill Taylor did an excellent job with the design details, straying far from the all-too corporate aesthetic, which is often expected at large chain hotels. The interiors are neutral but play with tons of texture, and they’re warm and inviting.

The JW Marriott Nashville features spacious rooms (many with open city views), two restaurants (one steered by a Michelin-star chef), a sophisticated lobby bar, sky lounge, pool bar, fitness center, and spa for massages, manicures and pedicures and other restorative treatments. A few days in this hotel could be a getaway in itself. 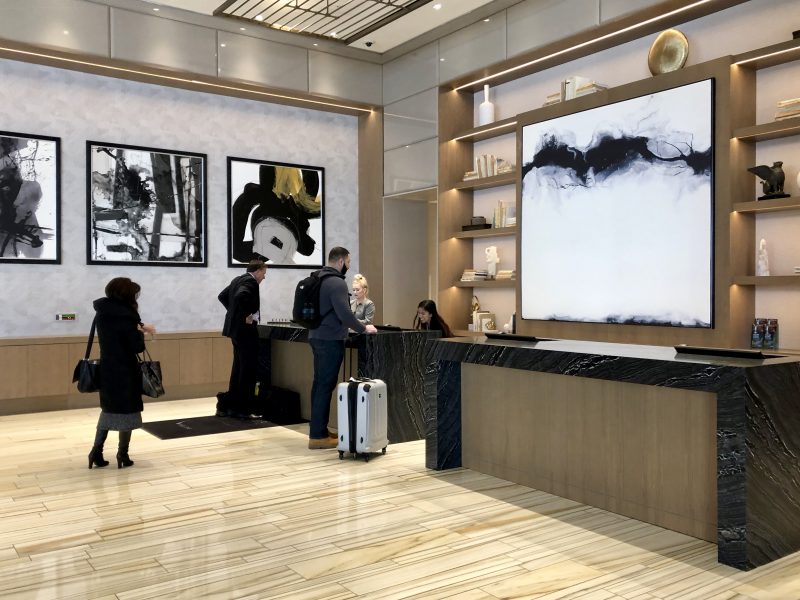 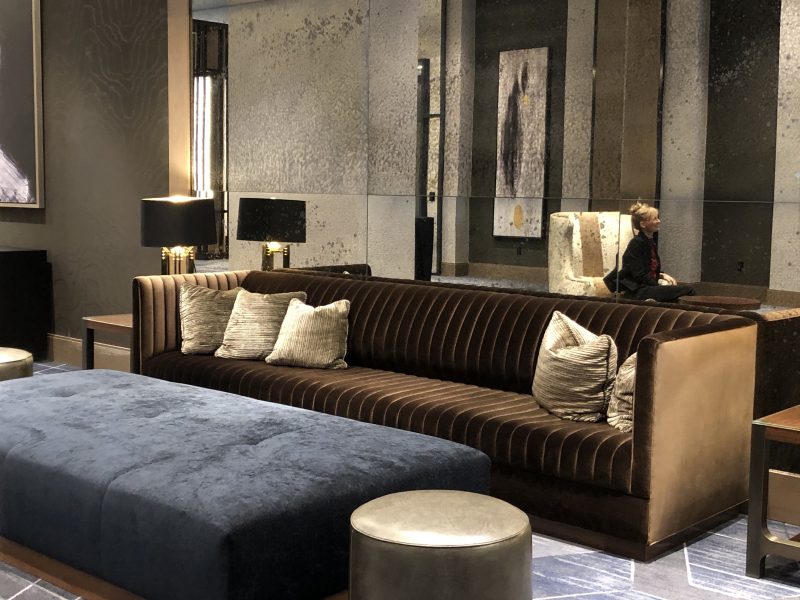 If you have more than two days in Nashville…

Try to get tickets to see a performance at The Grand Ole Opry. I didn’t have time on this trip, but hopefully the next.

Tour the Johnny Cash Museum, especially if you’re a fan. It houses the largest collection of Johnny Cash memorabilia in the world.

There’s so much more to do, eat, drink and experience in Nashville. As you can see, two days is but a taste of all that this modern and evolving city offers.

One thing that surprised me about Nashville: it’s no longer an inexpensive city. While it’s less expensive than New York (most cities are), it’s catching up. Depending on where you dine, for two people, expect to pay upwards of a $100-$150 for a great meal with wine.

You won’t need a car in Nashville. Uber is readily available and affordable. Unless you plan to venture to the burbs or outside the city, stick with car services. If you stay in downtown, it’s walkable. 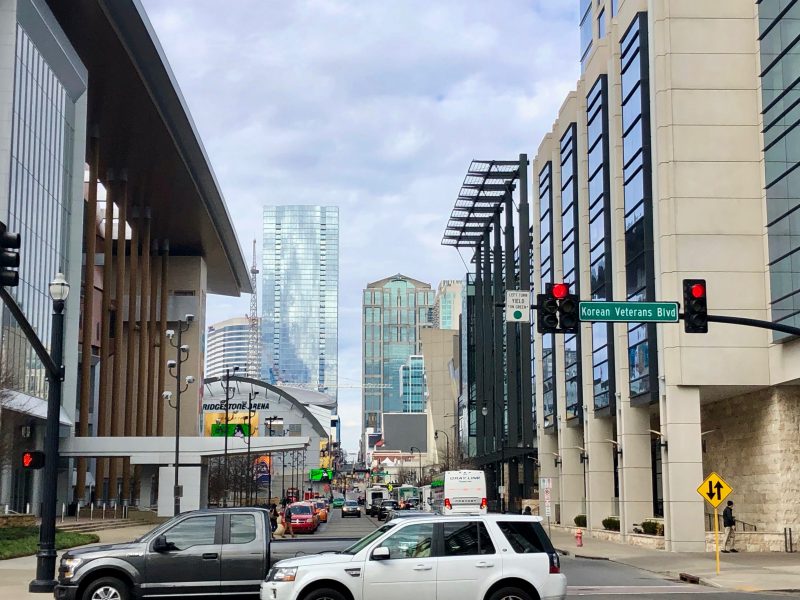 Have you been to Nashville? In the comments, please share what you loved about Music City.

Many thanks to Stonehill Taylor for hosting me on my trip. Two days in Nashville gave me a delicious taste, enough to know I want to go back.

Plus, Costa Rica is an amazing winter escape.

And when I lived in the South, I learned how to cook and developed my passion for food.