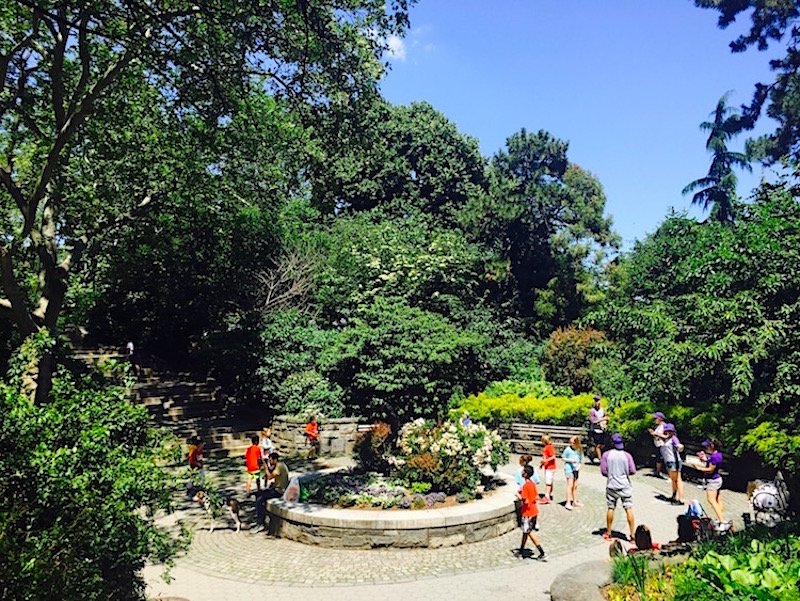 No one can argue the beauty and tranquility of Carl Schurz Park. This New York City park is more a neighborhood hideaway than a tourist attraction. But even if you’re not a local, a stop by this green space should be on your agenda. If you find yourself in the Yorkville section of the Upper East Side, head all the way east until you hit the park.

Carl Schurz Park begins at East 84th Street at East End Avenue and ends at East 90th Street. Coming in at just under 15 acres, it’s small in comparison to Central Park and Riverside Park (the green space running on the West Side along the Hudson River), but packs a lot into its tiny parcel. Read on for multiple reasons to visit Carl Schurz Park.

The esplanade and water views.

The park leads to the East River Greenway, so you can amble through and end up on the water in minutes. Once on the esplanade, power walk, jog, bike, or watch everyone else be active as you gaze at the East River. Not a shabby way to spend an afternoon. 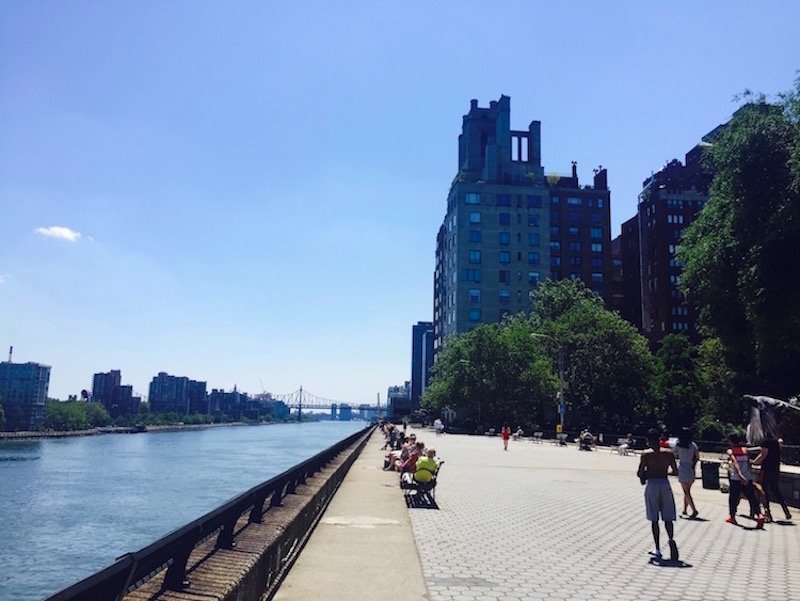 Carl Schurz Park features two dog runs with plenty of space for dogs to run and romp. Take your pup to the park for some play time.

With its winding walkways and grand old trees, Carl Schurz Park caters to sun worshippers as well as those seeking a shady retreat from the summer heat. Catch some rays or find a spot in the shade with your favorite book. 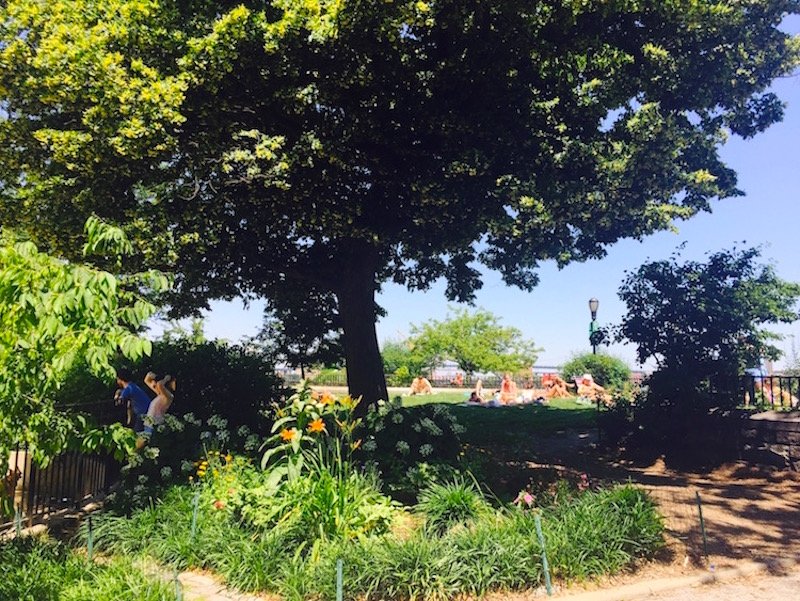 While Carl Schurz offers an array of plantings, you won’t find a shortage of spots to sunbathe. And since miles of concrete cover NYC’s streets, every square inch of grass matters.

The landscape design of this park is traditional but magnificent. There’s an abundance of color and texture among the greenery and a bronze Peter Pan sculpture created by Charles Andrew Hafner in 1928. 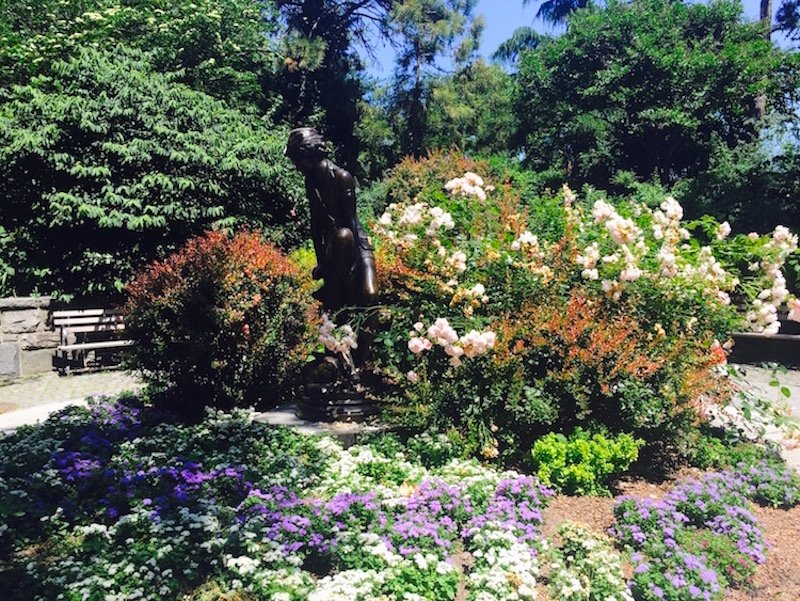 Though his office is in Lower Manhattan,  the mayor lives at East 88th Street and East End Avenue in Gracie Mansion. Overflowing with stories, the “Little White House” as it’s sometimes called, celebrated its 75th anniversary in 2017.

This park is not as sprawling as Central Park or as bohemian as some of downtown’s parks, but it is a pristine green space providing a welcome respite from the city. If you’re not a New Yorker, you’ll get an accurate portrayal of everyday life when you visit this park. If you’re a New Yorker who’s never been to this Upper East Side gem, head to brunch one weekend and take a walk through to explore the beauty of Carl Schurz Park. 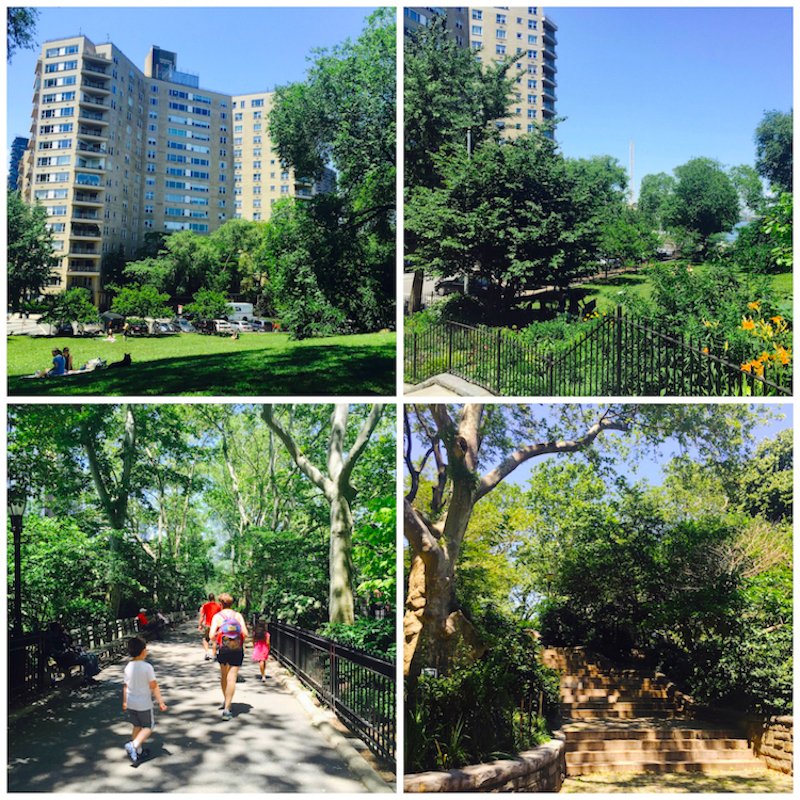 Getting to Carl Schurz Park

Have you visited Carl Schurz Park? What was your favorite thing about this park?